The Bravado of Borrowers 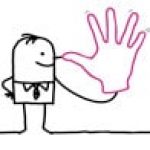 Last week a scene unfolded in Athens, largely unnoticed by American eyes, that provided all the visual and metaphorical symbols needed to define the current state of the global economy. Hollywood’s best screenwriters couldn’t have laid it out any better.

Tiring of being told by self-righteous foreigners to pay for past borrowing with current austerity, the Greek people had just elected the most radically left-wing government in recent memory, whose stated goal was to tell their creditors that they were not going to take it anymore. The leadership of the victorious Syriza Party, a collection of mostly young Marxist and Trotskyite academics, had promised the Greek people a clean break from the past and an end to years of economic malaise. Although their plan seemed fundamentally contradictory (telling foreign creditors to butt out even while courting more aid), Syriza nonetheless appealed to a frustrated electorate through their dynamism and optimism.

To show that they were not just another upstart coalition that would co-opt the status quo once elected, Syriza leaders adopted the posture, vocabulary and clothing of revolutionaries. Throughout his campaign, Alex Tsirpas, the new prime minister, refused to wear a tie, thereby eschewing the most potent symbol of traditional power. When sworn in as prime minister, also with an open collar, he dispensed with the “hand on the bible” ceremony and instead invoked the spirit of fallen Greek Marxists. Since the election Syriza leaders have hot toned down their rhetoric as many predicted they would. Could it be that they actually meant what they said?

Syriza’s fiery attitude has put Greece on a collision course with northern European leaders who face the political necessity of requiring Greece to repay previously delivered bail out money. In this context the first meeting between Yanis Varoufakis, the newly installed Greek Finance minister and Jeroen Dijsselbloem the Dutch representative of the so-called “troika” of lenders (The European Central Bank, the International Monetary Fund, and the European Commission), was bound to produce some drama. The meeting exceeded expectations on that front. But how it looked was perhaps more important than what was said.

In a room packed with cameras and reporters, Varoufakis strode in not just tieless and open collared, but with his shirt shockingly untucked. He ambled to his chair, and sat slouching backwards with his legs crossed like a poker player barely able to contain the glee of a winning hand. His expressions were effusive, satirical, and defiant. All he lacked were sunglasses and a couple of groupies to complete the rock star persona.  To his right sat the stiff necked, buttoned-down Dutchman, who in in the words of Colonel Kurtz appeared like “an errand boy, sent by grocery clerks, to collect a bill.”

The two agreed on seemingly nothing. Dijsselbloem insisted that the new Greek government live up to the austerity and repayment commitments, and Varoufakis said that the Greeks would no longer negotiate with the creditors who he believed were responsible for his country’s destitution. When there was really nothing left to say, the meeting came to an abrupt end and the two executed a painfully awkward handshake. Dijsselbloem, seeming annoyed, avoided eye contact with his counterpart and left the room without looking back. On the other hand, Varoufakis, seemingly enjoying the moment, shrugged his shoulders and smiled for the cameras, as if to say “What’s up with the stuffed shirt?”

What could explain these contrasting attitudes? Shouldn’t the creditor, the one lending the money, and the party who will be asked for more, be in the power position? Shouldn’t the borrower be in position of supplication? If you thought that, you don’t understand the current way of the world. Based on the ascendancy of Keynesian “demand side” economics it is the borrower who is considered the key driver of growth.  The theory holds that if the borrower stops borrowing they will also stop spending. When that happens they believe the entire economy collapses, dragging down both lenders and borrowers in the process. From that perspective, the bigger the borrower the greater his importance, and the more leverage he has with the lender. This is like the old adage: “If you owe the bank $10, that’s your problem. But if you owe the bank $10 million dollars, that’s the bank’s problem.”

Syriza knows that northern European leaders are terrified at the prospect of disintegration of the EU and the stability it provides. The goal of maintaining open and essentially captive markets for German manufacturers was the prime reason that pried open Berlin’s wallet in the first place. But Syriza also understands the power that debtors have in today’s world. Default leads to liquidations, which in turn leads to deflation, the biggest bugaboo in the Keynesian night gallery of economic fears. After years of bailouts of banks, corporations, and governments, debtors know that no one is ready to risk another Lehman Brothers type collapse on any level. The bar of “Too Big to Fail” has gotten progressively lower. If Greece can repudiate its debts, the temptation for larger indebted nations like Italy and Spain to do the same will be ever greater.

This understanding fuels not only the swagger of the Greek finance minister but also the attitude of the world’s largest debtor, the United States of America. Although the $1 Trillion dollar plus annual budget deficits have been cut significantly in recent years (thought the national debt has exploded beyond $18 trillion), I believe the reduction is largely a function of the asset bubbles that have been engineered by the Fed’s six year program of quantitative easing and zero percent interest rates. Any sustained economic downturn could immediately send the red ink back into record territory. But flush with his victory speech/State of the Union address, President Obama has adopted a bit of the Varoufakis bravado.

President Obama’s newly unveiled 2015 budget includes almost $500 billion in new spending; effectively dispensing with the token austerity that Washington had imposed on itself with the 2011 “Sequester.” In my opinion, the U.S. has virtually no hope of paying for all of our spending through taxation, the budget busting proposals should be viewed as a message to our foreign creditors that we plan on borrowing plenty more, and that we expect that they will keep lending for as long as we want. From a global economics perspective the United States is like Greece writ very, very large. Much like the Northern European countries, the major exporting nations around the world are terrified that their economies would be shut out of U.S. markets if their currencies were to strengthen against the dollar. I believe this has allowed America to approach its finances with impunity.

But this confidence may be leading to trouble. If the new Greek government keeps following its current course, it may ultimately be shown the door of the Eurozone. Although a “Grexit” may ultimately pave the way for a real Greek recovery, the Greeks themselves should have no illusions about how painful this journey may be. Without the purchasing power of the euro and the largesse of the creditors supporting them, the Greeks may find themselves with a basket case currency that delivers far lower living standards. If Greek government employees thought austerity was bad when it was imposed from Brussels, wait until they see how bad it’s going to be when imposed by Athens. In fact, no Greek recovery will be possible until the newly elected Marxists become unapologetic capitalists.

When the Swiss National Bank decided to abruptly reverse course on its euro peg, the world should have been treated to a fresh lesson at the finite nature of creditor patience. While this message may have been lost on most observers, sooner or later this reality will sink in. When it does, the shirts will be tucked, the ties will be fastened, and knees just may start bending.