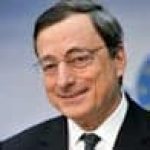 Posted by Peter Schiff on 06/18/2014 at 2:20 PM
On June 5th, Mario Draghi, President of the European Central Bank (ECB), announced a package of measures, including a policy of negative interest rates, aimed at encouraging or even forcing Eurozone banks to increase their lending to businesses.Although previously imposed by Swiss banks on their depositors, this will be the first time that a central bank has charged negative interest rates. The package also contained a reduction in Base Rate, a further major new Long Term Refinancing Operation (LTRO), a reaffirmation of ‘Forward Guidance’ to indicate low interest rates for the foreseeable future, and hints that the ECB might in future engage in Bernanke-style Quantitative Easing (QE).Taken together, the total package is manna from heaven, or money for nothing, for the neo-Keynesians now holding power in most Eurozone governments. However, to Austrian School economists, it amounts to a political acceptance by Germany of a further postponement of the price of economic reality. It raises the eventual price to be paid in future for the illusion of economic growth today. In the meantime, the package likely will discourage savings, while perhaps encouraging imprudent lending, mal-investment, an asset price boom and currency distortions due to a carry trade based on low cost euros.

Stock markets rose strongly on Draghi’s news. Amazingly, the 2.58 percent yield on 10-year Spanish government bonds fell below that of 10-year U.S. Treasuries. Given the continued structural problems that plague the Spanish economy, this fact indicates persistent delusions in markets.

It is hoped that charging a negative interest rate of 0.10 percent on bank deposits with the ECB will encourage banks to lend their excess deposits to other banks (in the interbank market) or to lend to corporate or retail borrowers. It is a desperate measure to force banks to take more risks. One of the unforeseen results may be the further development of the so-called “carry trade.”

Given the relatively low cost of borrowing euros vis-à-vis other currencies, many investors could be tempted to borrow euros to purchase higher yielding currency (either for an interest rate spread or to use the newly raised funds to invest in the host country). For example, an investor may borrow euros, exchange them for British Pounds and invest the proceeds in the London property market, inflating further what the Bank of England has warned is a dangerous property bubble. In addition, upwards pressure is exerted on Sterling rendering British exports less price competitive. Of course, this suits Eurozone members such as Germany.

Although Draghi’s decision to drop the interest rates on the ECB’s  massive 400 billion euros Long Term Refinancing Operation (LTRO)has received less publicity, its impact may be just as great. The lower LTRO rate may encourage further risky lending and dubious investment. In the short-term such lending will conceal current bad loans, boost speculation and financial markets. The future costs of default likely will be socialized. But, by then, it is to be hoped that those bankers and politicians responsible will have been promoted or moved on!

Furthermore, some would argue that, with bond markets at record highs, most banks are at far greater risk than appears at first sight. Already, Eurozone banks are far more highly leveraged than their American counterparts. As such, they are especially vulnerable to a dramatic rise in interest rates and a collapse in government bond prices.

Mario Draghi is acknowledged widely for his PR ability. However, more prudent observers see him more as a conjuror. While his policies have not attracted as many headlines as the Federal Reserve’s Quantitative Easing program, the full roster of the ECB’s liquidity injectors is perhaps more  injurious to economic growth. Draghi has joined and even exceeded the central bank ‘monopoly money’ policies of the United States, Great Britain and Japan.

It’s a shame. The ECB could have been a beacon of sanity in an otherwise insane world.

Order a copy of Peter Schiff’s updated illustrated economic parable he co-wrote with his brother Andrew, How an Economy Grows and Why It Crashes – Collector’s Edition, and save yourself 32%!