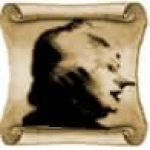 This Friday is Yom Kippur, the day when Jews around the world ask forgiveness for their transgressions from the year past. Rabbis remind the penitent to dwell on their sins of omission, in which they did nothing when a more thoughtful and proactive action was needed, and sins of commission, in which they actively participated in an unjust action. And while not all economists are Jewish, Gene Epstein the economics editor at Barron’s, offered his thoughts on how this applies to the group.

While Gene is certainly on to something, I think he could have gone much further in his finger pointing. Increasingly, economists are calling the tune to which businesses and consumers dance. Since their words and opinions matter, they may consider seeking forgiveness for what they have said, and what they have not.

Despite clear evidence that elevated prices in stocks, bonds and real estate remain a direct consequence of zero percent interest rates and quantitative easing, the crowd has asserted again and again that the prices are justified by the surging U.S. economy. There is very scant evidence upon which to base such an opinion.

Most economists have held very tightly to the view that was widely shared at the end of 2013; that 2014 will be the year that the U.S. economy finally shakes off the malaise of the Great Recession. And even though the script has failed to live up to these expectations, the economists haven’t seemed to notice.

During the First Quarter of this year, the economy contracted at an astounding annual pace of 2.1%. But economists and politicians were very insistent that the severe miss was solely a result of the difficult winter. Although severe winters can be a drag on an economy (my research shows that the 10 roughest winters over the last 50 years knocked about two points off the normal first quarter GDP), the snow could not fully explain a five point miss from what had been forecast by the consensus at the end of 2013. But that’s exactly what they did.

This omission was compounded by their reaction to the 2nd quarter rebound, which showed the economy expanding by 4.6%. But while the crowd was ready to dismiss the very weak first quarter GDP as being a weather-related anomaly, they were not willing to acknowledge the role played by the same anomaly in artificially boosting second quarter GDP. My research, based on figures from the Bureau of Economic Analysis, has shown that strong second quarter rebounds almost always follow sub-par weather-related first quarters. This makes intuitive sense as well. Activity that is delayed in winter gets unlocked in spring. But economists look at the second quarter as if it represents the entire year. But already plenty of evidence has emerged that should sow doubts on the remainder of the year.

Even with the strong second quarter, economists are choosing to gloss over the fact that growth in the entire first half came in at just 1.25%, far below the projections that most have for the calendar year. To get to 2.5% GDP growth, which would be typical of a weak year, not the first year of a long-awaited recovery breakout, GDP would have to come in at 3.75% for the entire second half. To hit 3% for the year, second half growth would need to be 4.75%.

But this will have to occur without the tail winds of Fed QE support and at a time of heightened geopolitical concerns, and a housing and stock markets that look increasingly weak and vulnerable to correction. As a result, economists should take off their rose-colored glasses and ratchet down their full year estimates to conform more closely to reality. But that is not happening.

Rather than seeing, hearing, and speaking no evil, some leading figures are much more culpable in spreading bad information. While this list could prove lengthy, here are the top two offenders.

Fed Chairwoman Janet Yellen – In her September press conference, Yellen made the stunning assertion that the Fed’s balance sheet, which in recent years has swelled to a gargantuan $4.5 trillion, will likely be reduced in size to “normal levels” by the end of this decade. While most accept this statement at face value, Yellen must know the absolute inability of the Fed to deliver on this promise.

To bring its balance sheet back to pre-crises levels of around $1 trillion, the Fed must sell about $3.5 trillion of debt over the next five years, or a pace of about $700 billion per year. This is a negative equivalent of about $58 billion per month in QE. Additionally, Yellen has claimed that this can be done without actively “selling” assets, and without tipping the economy back into recession. This claim is so fantastical that it must be considered active deception, a grave sin indeed.

First, if QE was necessary to inflate asset prices and create a wealth effect to drive consumer spending and power the recovery, how can the process be reversed without unwinding its effects and producing an even larger recession than the last? If the recovery is already stalling with interest rates still at zero, how can it gather more upward momentum if the Fed raises rates back to normal levels?

Secondly, if the Fed does not actively sell bonds into the market, it must hope to draw down the balance sheet by simply allowing older bonds to mature. This ignores the fact that the maturation process is far too slow to accomplish the task by the end of the decade, and it assumes that the Fed will not have to buy any new Treasury or Mortgage-backed bonds over that time. But in order to provide financing for ongoing Federal budget deficits, or to stimulate the economy if there were another economic downturn, the Fed would have no choice but to start buying again with both hands. Since the current “recovery” is already 15 months longer than the average post-war recovery, it would be illogical to assume that we can make it through the next five years without another recession.

Of course, by affirming its intention not to actively sell any of its holdings, Yellen is attempting to defray any concerns the markets might have over the impact such sales would have on bond prices. Lost on everyone, including Yellen herself, is that the impact on the markets is the same regardless of how the Fed’s balance sheet shrinks. Even if the Fed allows bonds to mature, the Treasury would then be forced to sell an equivalent amount of bonds into the market to repay the Fed. The fact that a distinction without a difference reassures anyone shows just how delusional market participants remain.

World bank President Jim Yong Kim – In an interview at September’s Clinton Global Initiative, the World Bank president urged the European Central Bank to follow the same “successful” experiments in quantitative easing that had been pioneered by the Federal Reserve. As proof of the policy’s success, Kim pointed to the stronger GDP growth that is expected in the US in 2015 and 2016. In other words, he is attempting to prove his point not by what has happened thus far, but by what the consensus expects to happen in a year or two. This is no way to argue a point. Dr. Kim is a smart guy and I suspect he knows this, hence another sin of commission.

It would be difficult to make the case that six years of Quantitative Easing has created a healthy US economy. In addition to the subpar first half of 2014 GDP growth, the labor market, consumer sentiment, and wage growth all show signs of stagnation. So Dr. Kim has no choice but to hang his hat on a bright future that he, and most mainstream economists, expect to be right around the corner. But dressing up a future possibility as a current certainty is a major foul in the business of economic forecasting. Dr. Kim, and others who have made similar claims, should fast an extra day.