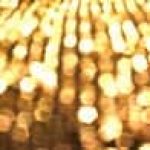 Janet Yellen channels Billy Flynn? Last week the Fed Chairwoman treated us to a master class of rhetorical misdirection which produced some memorable examples of doublespeak, including the soon to be classic “Just because we removed the word ‘patient’ does not mean we’re going to be ‘impatient.”‘ But perhaps more surprising than her new heights of verbal dexterity was the market’s euphoria at being so blatantly manipulated. Never has the financial world enjoyed a lie so thoroughly.

By simultaneously claiming to be both aggressive and defensive, and to be moving forward even while standing still, Yellen positioned the Fed as being all things to all people, thereby igniting a rally in all asset classes at the same time. Stocks, bonds, gold, foreign currencies, all went up when Yellen took to the podium. While this may be the way to win friends and influence people on Wall Street, it’s no way to finally put the economy back on the path to a sustainable recovery.

If the removal of the word ‘patient’ did not move the Fed closer to raising interest rates for the first time in nine years, then why remove it at all? Why take a step forward if you are also taking a step back? It makes sense only if you believe, as I do, that the Fed is far more concerned with maintaining the illusion that rate increases are possible, when it knows that they are extremely unlikely.

This is a game that they have been playing for the better part of six years. Sound tough, set benchmarks, and then back away when crunch time seems nigh. The act should have grown stale years ago, but we have come to crave the pantomime. The more audacious it becomes, the more we applaud.

Despite the removal of a single word (that prompted the Wall Street Journal to headline its lead story that rate hikes were put into play), there were far more indications, contained in the Fed statement, or spoken by Yellen herself at the subsequent press conference, that should lead us to conclude that increases are far less likely now than they were before the statement was issued. But such a straightforward understanding should have led us to conclude that the economy is stalling. No one wants to look at that possibility squarely in the mouth.

2015 was supposed to be the year in which all the strands came together to create a real recovery, an environment in which rate hikes would be a certainty. But anyone who looks past the rosy rhetoric can see that the economy is currently in one of its weakest periods in years.  The first few months of 2015 have seen more missed economic forecasts than any other comparable period since the depths of the Great Recession. Industrial production, retail sales, housing starts, just to name a few, are all continually weakening according to data from Reuters Polls, 3/18/15. In fact, the Atlanta Fed’s much talked about “GDPNow” data set, which was supposed to provide a fresh real-time look at the economy, is showing that the economy is growing at a paltry .3% annualized rate. While many people are blaming the result on the winter weather, much as they did last year, it is worthwhile to note that ice and snow in winter is not a new phenomenon.

So it should have been seen as unbelievably telling that as the data is deteriorating, the Fed has more openly shifted into a “data dependent” stance to drive its policy decisions. But at the moment, the markets are ignoring all the bad metrics to believe that the Fed is only looking at one data set that actually looks decent (at least on the surface). The “non-farm payrolls” jobs report shows unemployment drifting ever lower and now stands at just 5.5%, a level usually associated with “full employment” and a strong economy. The rate has fallen further and faster than just about anyone predicted, and has blown through the Fed’s previously announced, and abandoned, levels that were supposed to have triggered rate normalization. The rate is indeed low, but apparently not low enough for the Fed.

At her press conference Yellen stated that she would need to see improvement in the labor market, from where it stands now, in order to pull the trigger for a rate hike. But given the dismal nature of the other metrics, how can she expect further improvements in the job market anytime soon? In reality, we may have already seen the lowest unemployment number and highest job creation we are likely to see for a long, long time. If that wasn’t enough to get the Fed moving, what exactly do we think will do the job?

If the Fed does not think that 5.5% unemployment is low enough to justify even a .25% Fed funds rate (a level that would traditionally be considered an emergency stimulus for a free-falling economy), then it should be clear that it does not believe that the labor market really is that strong. Perhaps the Fed is looking at the collapse in labor force participation, and the proliferation of involuntary part-time employment, as evidence that the market is far weaker than it publicly acknowledges.

The Fed also suggested that a medium-term (whatever that means) inflation rate above its 2% target might also cause it to lose patience and raise rates, but I would not hold my breath waiting for that one. Much as it did with unemployment, I expect that goal post to be moved further and further up the field. My guess is that the Fed will tolerate an inflation rate significantly above 2% rather the risk the seemingly more adverse consequences of higher interest rates.

For now the public debate spectrum on rate increases spans those who expect the Fed to get the ball rolling in June or September (the September camp appears to have the upper hand). The shared belief that increases will certainly occur in the near term stems from the misconception that previous rate cuts (and three rounds of QE) have succeeded in putting the economy back on track. Now that the economic bicycle is rolling along, they believe that it’s long past the time for the Fed to remove the training wheels. But what if, as appears likely, QE and zero percent interest rates were the only wheels? Take them off and the bike falls. However, leave them on too long and we will eventually cycle over the edge of a cliff, as the bottom drops out of the U.S. dollar.

That is the real policy dilemma. The Fed’s hyper-stimulative monetary policy was a mistake from the start. It did not repair fundamental economic problems but merely delayed the inevitable pain associated with their resolution. However, that borrowed time comes at great cost as the now-enlarged problems will be that much more painful to resolve.

But the degree to which “experts” have accepted the false proposition that Fed policy has been helpful is now more fully entrenched. As the economy once again careens toward recession, the calls for another round of QE will grow louder. Perhaps when it comes to QE, the 4th time will be the charm. But as I said from the beginning, QE is like trying to put out a fire with gasoline. The more you throw on, the bigger the fire gets. I expect the next round of QE will be even bigger than the last. It remains to be seen if a larger dose will be enough to convince the markets that the medicine is not really working.

PrevPreviousEconomy is Weakening But at Least the Cost of Living is Rising – Ep. 63
NextIs Bad Economic News Finally Weighing on Stocks? – Ep. 64Next