Is Inequality Caused by Capitalism or Statism? 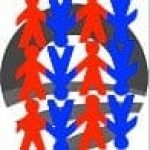 The French economist Thomas Piketty has achieved worldwide fame by promoting a thesis that capitalism is the cause of growing economic inequality. Unfortunately, he is partially right. However, the important distinction missed by Piketty and all of his supporters is that state capitalism, not free market capitalism, has reigned supreme in recent decades in the world’s leading democracies. It is this misguided attempt to wed the power of the state to the private ownership of capital that has led to the mushrooming of economic inequality. If the public cannot be made aware of the distinction, we risk abandoning the only system capable of creating real improvements for the vast majority of people.

In his book entitled ‘Capital in the 21st Century’, Piketty, like Karl Marx in ‘Das Kapital,’ places the hinge of economic tension at the supposed opposition between the competing interest of labor and capital. He believes that “capitalism automatically generates arbitrary and unsustainable inequalities that radically undermine the meritocratic values on which democratic societies are based.” However, this can only become true if free markets become controlled, or distorted, by the establishment of monopolies, be they private or state owned.

In the early twentieth century, U.S. Governments were alert to the destruction of free markets by monopolistic cartels and enacted strong anti-trust laws to curb their power. The United States thereafter achieved strong economic results in the first three decades of the 20th Century. In contrast, the socialist governments of post WWII Britain used public funds to establish state owned monopolies, similar to those existing in the Soviet Union. This resulted in dramatic economic declines, that continued into the 1980s when the U.K. was rescued by the free market policies of Margaret Thatcher. Her central strategy was to restore individual freedom by breaking state owned monopolies and reducing the coercive control of trade unions. Her actions unleashed a resurgence of prosperity in Britain that was imitated in many other countries. Her policies were adopted with particular enthusiasm by countries, like Poland, which had only recently shaken off the yoke of Soviet Communism. Poland is now one of the strongest economies in Europe.

History provides ample evidence that when allowed to function properly free market capitalism generates massive national prosperity with high employment, a strong currency and rising standards of living. It is only when the state manipulates and over regulates free markets that capitalism fails. However, capitalism usually takes the blame for the failures of statism.

Piketty asserts that capitalism is “inherently unstable because it concentrates wealth and income progressively over time, leaving behind an impoverished majority. …” He proscribes even an international wealth tax and higher income taxes, above 80 percent, to redistribute rather than to invest savings. This would essentially create a state monopoly on wealth. But again, history tends to demonstrate that state monopolies create poverty for all but the politically connected elite.

Even the Soviet Union, a military superpower, was brought to its economic knees by state monopolies. Communist Party Secretaries, Andrapov and Gorbachev, were forced to the recognition that free markets should be introduced within Russia. This led to ‘Perestroika’ and ‘Glasnost’ and the freeing of markets in Russia.

By concluding that capitalism, even if it is confined to just a few countries, will lead to increasing poverty among the masses around the world, many cynical observers may conclude that Piketty is laying out a carefully planned case towards global socialism along the lines first attempted by the Bolshevik Commintern. Some conclude that such a move could be spearheaded by international institutions like the UN and IMF.

To achieve inherently unpopular global power, national elites must cooperate to bring about such levels of economic chaos and human suffering that people, despairing of ineffective democracy, will look for strong, global government as a welcome solution. To achieve this end the economic problems and human suffering must be extreme and seemingly beyond solution by any national government. By continuing to debase and destroy fiat currencies while preventing the markets from healing themselves, central banks around the world are doing their part to create these conditions.

However, those who look towards strong global government must realize that likely it will lead to a world of extreme global inequality in which any effective opposition will be impossible. This is the fascistic face behind the cuddly and concerned image that has made Piketty the economic North Star of a new generation. These faulty bearings must be corrected or the world’s poor will suffer far more than they need to.