The Sound Money Business: Four Years Past and Future Forecast 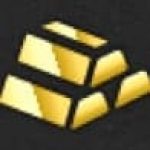 Yesterday, I launched a new website and announced the rebranding of my gold bullion dealer from Euro Pacific Precious Metals to SchiffGold. I started this company four years ago to provide a trustworthy option for my Euro Pacific Capital brokerage clients, but it has since grown to become a major US gold dealer in its own right. This landmark for my company comes in the midst of a historic time for the precious metals. The past four years have had highs and lows. We have been experiencing the inflation of remarkable new asset bubbles, and gold’s response has been mixed. But I have reason to believe that over the next four years, gold and silver investors will witness shocking macroeconomic events that put to rest any doubts about the importance of having sound money in every portfolio.

It’s hard to believe that when I started my gold company in the summer of 2010, the Federal Reserve was already finishing its first round of quantitative easing (QE1). Yet even that massive inflationary program was not enough to paper over the fallout from the credit crisis of ’07-’08. Because the economy did not “return to normal,” Fed Chairman Ben Bernanke had his excuse to begin a second round of QE just a few months later.

The government had already started the circular narrative that confuses the markets to this day: “The economy is in genuine recovery, but it still requires ongoing emergency stimulus from the Fed.”

The announcement of QE2 spurred many of our initial customers to make substantial purchases of gold and silver. The rest of the market soon caught up. In the year following QE2, gold rocketed to its current record-holding high of just over $1900.

As QE2 ended, “Operation Twist” began, and before long QE3 was introduced. In order to prevent their currencies from appreciating against a now increasingly worthless US dollar, nations around the world joined the money-printing party. These foreign governments wrongly believed that they were dependent on exporting their goods to the US for dollars, when in fact stronger currencies would have allowed them to keep the fruits of their labor to enjoy at home. This has developed into the ongoing international “currency war,” in which countries are racing to see which can impoverish their citizens fastest.

The currency war has been a boon to the US dollar, which has appeared fairly stable relative to other currencies. However, just because you and a fellow skydiver both fall in tandem doesn’t change the fact that you’re both headed toward the ground. Short-sighted speculators have ignored this reality, and the precious metals have taken an undeserved beating.

What the Future Holds

QE3 has been winding down throughout 2014, and investors are eagerly awaiting news of a rate hike from the Fed. After all, if the economy is as healthy as the government claims, we should no longer be in need of these multiyear emergency measures.

Unfortunately, the Fed’s zero interest-rate policy (ZIRP) is the very thing making the economy appear healthy. It has boosted stocks and financed corporate acquisitions. It has also allowed the federal government to continue operating under a crushing debt load. Even a rise in rates to historically average levels could very well bankrupt the federal government and many of America’s remaining industrial giants.

Neither Fed Chairwoman Janet Yellen nor Washington want to bear responsibility for the painful process of raising rates. Instead, I have long forecast that the Fed will follow QE3 with QE4, and so on. After all, each round of QE is like trying to put out a fire with gasoline, it only makes our economic problems burn hotter.

Meanwhile, our creditors will continue to make careful moves to extricate themselves from the US dollar reserve system, like China’s recent currency swap deals with other emerging markets or its rapid liberalization of domestic gold markets.

This means that a stagnant job market and poorly disguised inflation is the “new normal” for Americans. Forget about sending the kids to college – it’s going to be a struggle for many families just to make ends meet. Those who don’t own gold and silver will see their dollar savings and quality of life diminish at a faster and faster rate.

Helping You Turn Paper Into Gold

My new motto for SchiffGold is “Helping you turn paper into gold.” This has been our mission for the last four years, and it will only gain urgency in the next four.

While the precious metals may have seemed like they were riding a roller coaster recently, serious investors must learn to see past the short-term noise to understand the important fundamental signals. By all accounts, the global dollar reserve system is in its death throes. At the first major crack, we are likely to see the biggest gold rally the world has ever seen. At that point, it will matter less whether you bought in at $600, $1200, or $1900, because those prices will all seem so cheap as to be quaint. Remember $1.20 a gallon gas? That wasn’t too long ago, and yet we know that we’ll never see that price at the pump again.

SchiffGold will continue to help customers redeem as many paper dollars as possible for physical gold and silver – trading a devaluing asset for one that has been on a 12-year uptrend. I am proud of how my gold company has weathered the storm of overwhelming negative sentiment towards precious metals. While doubters abandoned ship, we were the first to introduce innovative new products that increased investor liquidity, like the Valcambi CombiBar and the Silver Barter Bag. When others laid off brokers, we were training passionate new specialists in the intricacies of precious metals investing. The result is that, as I understand it, we have the most loyal customer base of any US gold dealer.

We’ve managed to accomplish this without resorting to selling the high-margin products that make up the bulk of many major dealers’ revenue. Soon after forming my company in response to these widespread shady dealings, we launched the Classic Gold Scams educational campaign. In the years since, we have exposed nearly every scam and ripoff imaginable. More recently, several unscrupulous dealers have come under investigation and closed their doors.

The years spent growing my gold company from scratch have been exciting, but our greatest work has yet to be done. Our mission will continue as long as the US government remains committed to obliterating the value of the dollar, and investors seek out an honest guide to safety.

Peter Schiff  is Chairman of gold bullion dealer SchiffGold and CEO of stock brokerage firm Euro Pacific Capital. Schiff became internationally known by successfully forecasting the collapse of the dot-com bubble, the US housing market bubble, and the bankruptcy of major global banks. He is also the author of several bestselling books, including “Crash Proof: How to Profit from the Coming Economic Collapse”released in 2007 before the financial crisis struck, and the more recent “How An Economy Grows And Why It Crashes” and “The Real Crash: America’s Coming Bankruptcy”. Follow his latest thoughts at Peter Schiff’s Gold News.