Yellen: Where No Man Has Gone Before 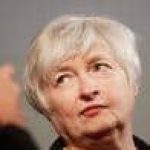 Posted by Peter Schiff on 07/25/2014 at 10:38 AM
Although Fed Chairwoman Janet Yellen said nothing new in her carefully manicured semi-annual testimony to Congress last week, her performance there, taken within the context of a lengthy profile in the New Yorker (that came to press at around the same time), should confirm that she is very different from any of her predecessors in the job. Put simply, she is likely the most dovish and politically leftist Fed Chair in the Central Bank’s history.

While her tenure thus far may feel like a seamless extension of the Greenspan/Bernanke era, investors should understand how much further Yellen is likely to push the stimulus envelope into unexplored territory. She does not seem to see the Fed’s mission as primarily to maintain the value of the dollar, promote stable financial markets, or to fight inflation. Rather she sees it as a tool to promote progressive social policy and to essentially pick up where formal Federal social programs leave off.

Despite her good intentions, the Fed’s blunt instrument policy tools of low interest rates and money supply expansion can do nothing to raise real incomes, lift people out of poverty, or create jobs. Instead these moves deter savings and capital investment, prevent the creation of high paying jobs, and increase the cost of living, especially for the poor (They are also giving rise to greater international financial tensions, which I explore more deeply in my just released quarterly newsletter). On the “plus” side, these policies have created huge speculative profits on Wall Street. Unfortunately, Yellen does not seem to understand any of this. But she likely has a greater understanding of how the Fed’s monetization of government debt (through Quantitative Easing) has prevented the government from having to raise taxes sharply or cut the programs she believes are so vital to economic health.

But as these policies have also been responsible for pushing up prices for basic necessities such as food, energy, and shelter, these “victories” come at a heavy cost. Recent data shows that consumers are paying more for the things they need and spending less on the things they want. But Yellen simply brushes off this evidence as temporary noise.

In her Congressional appearances, Yellen made clear that the end of the Fed’s six-year experiment with zero percent interest rates is nowhere in sight. In fact, the event is less identifiable today than it was before she took office and before the economy supposedly improved to the point where such support would no longer be needed. The Bernanke Fed had given us some guidance in the form of a 6.5% unemployment rate that could be considered a milestone in the journey towards policy normalization. Later on these triggers became targets, which then became simply factors in a larger decision-making process. But Yellen has gone farther, disregarding all fixed thresholds and claiming that she will keep stimulating as long as she believes that there is “slack” in the economy (which she defines as any level of unemployment above the level of “full employment.”) Where that mythical level may be is open for interpretation, which is likely why she prefers it.

The Fed’s traditional “dual mandate” seeks to balance the need for job creation and price stability. But Yellen clearly sees jobs as her top priority. Any hope that she will put these priorities aside and move forcefully to fight inflation when it officially flares up should be abandoned.

These sentiments are brought into focus in the New Yorker piece, in which she unabashedly presents herself as a pure disciple of John Maynard Keynes and an opponent of Milton Friedman, Ronald Reagan, and Alan Greenspan, figures who are widely credited with having led the rightward movement of U.S. economic policy in the last three decades of the 20th Century. (Yellen refers to that era as “a dark period of economics.”)

Perhaps the most telling passage in the eleven-page piece is an incident in the mid-1990s (related by Alan Blinder who was then a Fed governor along with Janet Yellen). The two were apparently successful in nudging then Fed Chairman Alan Greenspan into a more dovish position on monetary policy. When the shift was made, the two agreed “…we might have just saved 500,000 jobs.” The belief that central bankers are empowered with the ability to talk jobs in and out of existence is a dangerous delusion. As her commitment to social justice and progressivism is a matter of record, there is ample reason to believe that extremist monetary policy will be in play at the Yellen Fed for the duration of her tenure.

For the present, other central bankers have helped by taking the sting out of the Fed’s bad policy. On July 16 the Wall Street Journal reported that the Chinese government had gone on a torrid buying spree of U.S. Treasury debt, adding $107 billion through the first five months of 2014. This works out to an annualized pace of approximately $256 billion per year, or more than three times the 2013 pace (when the Chinese government bought “just” $81 billion for the entire calendar year). The new buying pushed Chinese holdings up to $1.27 trillion.

At the same time, Bloomberg reports that other emerging market central banks (not counting China) bought $49 billion in Treasuries in the 2nd Quarter of 2014, more than any quarter since 3rd Quarter of 2012. These purchases come on the heels of the mysterious $50 billion in purchases made by a shadowy entity operating out of Belgium in the early months of this year (see story).

So it’s clear that while the Fed is tapering its QE purchases of Treasury bonds, other central banks have more than picked up the slack. Not only has this spared the U.S economy from a rise in long-term interest rates, which would likely prick the Fed-fueled twin bubbles in stocks and real estate, but it has also enabled the U.S. to export much of its inflation.As long as this continues, the illusion that Yellen can keep the floodgates open without unleashing high inflation will gain traction. She may feel that there is no risk to continue indefinitely.

But as the global economic status quo is facing a major crisis (as is examined in this newsletter), there is reason to believe that we may be on the cusp of a major realignment of global priorities. Despite her good intentions, if Yellen and her dovish colleagues do not receive the kind of open-ended international support that we have enjoyed thus far in 2014, the full inflationary pain of her policies will fall heaviest on those residents of Main Street for whom she has expressed such deep concern.