A Pound of Cure 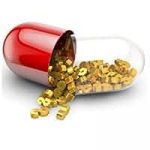 Below please find the latest commentary from Peter Schiff, Chief Economist and Global Strategist of Euro Pacific Capital . Please feel free to excerpt or repost with proper attribution and all links included. Click here to signup for both of Peter Schiff’s Free Newsletters. 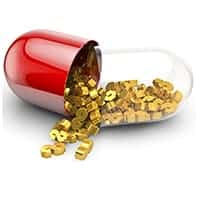 This week, as investors and economists fixate on record highs set by major stock market indices, they have ignored much more significant developments that emerged from the Federal Reserve’s annual meeting in Jackson Hole, Wyoming. Fed Chairman Jerome Powell delivered a speech that somehow was almost universally interpreted as a reiteration of his commitment to continue to raise rates throughout the next few years. “Steady as she goes” was the takeaway from just about any news outlet. But the Chairman’s actual message was essentially the opposite of what the media reported. From my perspective, it provided evidence that President Trump has succeeded in getting Powell’s mind right on the need for the Fed to continue to stimulate the economy, no matter how much evidence emerges that it is already over-stimulated.

Many reporters, undoubtedly eager to write a story that would cast Trump in a bad light, characterized Powell’s speech as a courageous defiance to the President’s increasingly strident calls for the central bank to end its tightening campaign. Some stories even jumped onto the current “people turning on Trump” narrative to showcase Trump’s foolishness in having appointed someone who would so easily turn on him. I’m not sure what speech they were hearing.

Despite the fact that inflation has moved above the Fed’s target 2% threshold (U.S. Dept. of Labor, Bureau of Labor Statistics News Release, 8/10/18), Powell repeatedly suggested that it isn’t likely to remain there, and as a result, the Fed would be unwise to lean into a tightening policy as if it were. Instead, he argued that the Fed should pursue a “wait and see” attitude as long as possible, and should only move when the data is unmistakable. When the Fed does act, he suggested that bold and decisive moves would make up for prior restraint. Call this the “whites of their eyes” monetary policy: fire should be held until the last possible minute, and when the order to fire is given the intensity should be massive. (Someone should point out to Powell that we lost the Battle of Bunker Hill).

Powell peppered his speech with many cautionary tales of how the Fed erred in the past by fighting inflation that was never really that dangerous in the first place, and he praised former Fed Chair Alan Greenspan for not raising rates in the face of traditional inflation warnings. By focusing on the phantom menace of inflation, Powell suggested that the Fed cut off prior expansions prematurely. Instead, he advocated for a new doctrine that places less emphasis on prevention and more on reaction. In other words, why bother with an ounce of prevention when a pound of cure will do the trick.

While Powell did strongly suggest that he would deliver at least two more rate hikes in 2018, his outlook for 2019 became significantly less hawkish. In fact, based on my understanding, we should not expect any additional hikes in 2019. That means a 2.5% Fed Funds rate may be the highest we get in the current expansion. So despite the supposedly unprecedented strength of the U.S. economy, this cycle’s peak in interest rates would be the lowest by far of any prior economic expansion. This thinking represents a significantly dovish shift in public Fed policy and should certainly play well in the White House.

But investors ignored Powell’s words and continued to arrange their money as if the Fed’s tightening bias remains firmly in place. In fact, this month the net short position in gold held collectively by hedge funds went positive for the first time since 2001. (Not insignificantly, this last occurred when gold traded below $300 per ounce and was on the verge of a six-fold increase over the next decade). This continued myth of a hawkish Fed has strengthened the dollar and punished gold, which earlier this month fell below $1,200 per ounce for the first time since the beginning of the year.

CNBC’s Steve Liesman’s Jackson Hole interviewed St. Louis Fed President James Bullard showcasing the Fed’s thinking in even starker terms. Bullard suggested that the current Fed Funds rate of 2% is already far closer to normal than history would suggest. (In the past, a “normal” rate would be considered two percentage points above the rate of inflation). He claimed that since rates have been trending down since the 1980s, 2% today is not the same things as 2% in the 1990s. In other words, it’s the new normal. He also said the Fed should take care not to invert the yield curve, which would suggest there is not much room to move rates higher in 2019, given his expectation that 10-year yields will remain below 3%.

Although this rhetoric sounds appealing, it forgets, perhaps intentionally, some key maxims that have guided Fed policy for generations. These include the idea that “the Fed should take away the punch bowl just as the party gets going” and perhaps more significantly, “once the inflation genie gets out of the bottle it’s hard to put her back in.” These ideas hint at just how much momentum gets built into a monetary policy and how hard it is to change course once things get out of hand.

The Fed’s new strategy appears to be keeping the party raging by making sure the punch bowl remains spiked. If the inflation genie gets out of her bottle, Powell claims the Fed will “do whatever it takes” to put her back in. But there has always been a high degree of disagreement about when a bull market turns into a bubble. Usually, experts don’t even agree until years later. So how can we expect the Fed to identify a bubble and react decisively, especially given the pushback it would get from investors and politicians for raining on the parade?

The same holds true for inflation, which tends to sneak up on central bankers unexpectedly. On several occasions in the 1970s and 1980s, inflation surged by 3 percentage points or more in one year. (New York Fed, “A Hisotry of Fed Leaders and Interest Rates”, The NY Times, 12/16/15) If that were to occur again, could we really expect the Fed to react quickly and strongly enough to contain the outbreak? And how would the markets digest such a reaction? Recall that the Fed hasn’t raised rates by more than a quarter of a percentage point at one time in more than 18 years. Drastic tightening moves have essentially gone the way of the Dodo Bird. If Powell thinks he could deal with a gathering inflation threat with a few quarter-point increases, he should take a few lessons in threat management. The metaphor of bringing a knife to a gunfight would apply.

Also bear in mind that there are many signs that the current bull market, already the longest in history, is reaching the end of its tether, even at a time when Fed policy remains undeniably easy. Firstly, there is the warning sign of dangerously tight yield spreads. Currently, the difference in yield between the 2-year Treasury bond and the 10-year Treasury bond is just .22%. (FRED, Federal Reserve Bank of St. Louis) This means that those lending money to the government for 10 years are only asking for .22% higher annual interest payments to compensate them for the eight extra years of commitment. This is the lowest gap since June of 2007. (FRED, Federal Reserve Bank of St. Louis) Narrow spreads between short and long-dated bonds are indicative of high economic fear and show that investors are valuing safety over risk. Generally speaking, the gap only gets to zero, or goes negative, when a recession begins. This could tell us that the very long 10-year economic expansion might also finally be nearing its end.

But this economic uncertainty is not happening against a backdrop of slowing inflation. On the contrary, inflation is finally starting to heat up and is now securely north of the Fed’s 2.0% target, with year-over-year CPI rising at 2.9%, and year-over-year PPI rising at an even faster 3.3% clip. (U.S. Dept. of Labor, Bureau of Labor Statistics News Release, 8/9/18) This might indicate that the “stagflation” outcome of high inflation and slow growth is a much greater possibility than is currently believed. In such an environment could anyone really expect the Fed to “do whatever it takes” to head off inflation even while growth is sluggish? Could you imagine the crisis such a policy might cause? Talk about easier said than done!

But perhaps the biggest challenge the Fed could face in trying to put the inflation genie back in her bottle would be the problems it would create for the Federal government. The size of the rate hikes required to get in front of an accelerating inflation curve would cause the government’s interest expense to surge catastrophically. Were this to happen during a recession (which such rate hikes could certainly precipitate), where already record-high budget deficits would be increasing, the fiscal shock could be devastating. Not only could the recession be intensified by restrictive monetary policy, but it might force an even greater dose of restrictive fiscal policy. The government would be left with three unappealing choices to fight inflation: Raise taxes, cut spending or default on Treasuries. (Since none of these solutions would be politically palatable, we should not expect any serious effort to fight inflation.)

If any of these remedies were actually attempted, they could create a severe economic contraction that could usher in a financial crisis far worse than 2008. All the “too big to fail banks” that are now much bigger than they were a decade ago could fail again. But if the Fed were serious about fighting inflation, it could not deliver the bailouts offered last time. Even depositors of failed banks may lose money as the FDIC would lack the funding to make them whole. This is precisely why the Fed may be all bark and no bite when it comes to fighting inflation after it becomes a problem.

The establishment will no doubt take solace in the belief that a recession will put out the inflation fire even if the Fed can’t. However, high inflation is historically associated with economic weakness, not strength. If the next recession is accompanied by a falling dollar in the face of ballooning budget deficits, consumer prices could be expected to increase even as domestic demand falls. That is because domestic supply will fall faster as a collapsing dollar both chokes off imports and spurs exports. If the Fed ignores the inflation and instead accommodates those deficits with rate cuts and more QE, allowing the government to enact traditional Keynesian fiscal stimulus, the dollar decline may morph into a full-blown currency and sovereign debt crisis.