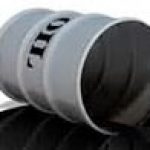 The stunning 40% drop in the price of oil over the past few months has scrambled global economic forecasts, changed the geo-political landscape, and has severely pressured many energy sector investments. Economists are scratching their heads to determine if the drop is good or bad for the economy or whether cheap oil will add to or decrease unemployment, or complicate the global effort to “defeat” deflation. While all of these issues merit detailed discussions, the first question to address is if the steep drop is here to stay and whether energy prices will stay low enough, for long enough, to seriously reshuffle the economic deck. Based on a variety of factors, this is not likely to happen. I believe a series of technical, industrial, and monetary factors will combine to push oil back up to, and potentially beyond, the levels that it has seen over the last few years.

The dominant narrative explaining the current situation is that oil has collapsed largely because the growing mismatch between surging supply and diminishing demand. But there is little evidence to suggest that such conditions exist on the global stage.

According to the data available this month from the International Energy Agency (IEA), global demand for crude oil has increased by .74%. from 2013 to 2014, and is 3.6% higher than the average demand seen over the past five years (2009-2013). The same trend holds true for the United States, where 2014 demand is expected to come in 1.3% higher than 2013 and essentially the same as the average demand over the previous five years. (As an aside, the relative stagnation of U.S. oil demand provides a strong counterpoint to the current belief that the U.S. economy is stronger in 2014 than it has been in recent years).

So if the low prices are a function of supply and demand, but demand has not collapsed, then the difference has to be supply. The theory here is that the fracking and shale boom in North America has flooded the world market with unexpected supply, thereby pushing down the price. While it is true that the new drilling techniques have revolutionized energy production in the U.S. and Canada, the increase in production has been mostly negligible on the global stage.

Oil production in North America increased a hefty 8.8% from 2013 to 2014, and 17.7% over two years from 2012 to 2014. But outside of North America the story has been quite different. In fact, total global production increased by just .55% between 2012 and 2013 (2014 global data is not yet available). In 2012, North America accounted for just 17.4% of global production, but over the following year contributed 59% to the total increase of global production. So the fracking miracle is, at present, primarily a local phenomenon that has made limited impact on the global stage. In fact, in its most recent data, the IEA estimated that in 3rd Quarter 2014 total world demand exceeded total world supply by only .6%, hardly a figure that suggests an historic glut.

So if it’s not supply and demand, what could it be? First, there are technical factors. There was a widespread concern going into 2014 that the recovery would bring with it higher oil prices. This may explain the surge in speculative “long” contracts in crude oil futures seen in 2014. These positions, in which investors sought to make a levered bet on rising oil prices, peaked around July at 4 million contracts, nearly four times as high as 2010. With so much money anticipating an increase, a small pullback in crude could have caused a wave of selling to close out losing positions. If that is the case, in an over-levered market, this could lead to a domino effect that pushes prices far lower than market levels. But as these positions get unwound, markets eventually return to normal. If that happens, we could see a significant rally in oil.

The surging dollar is another factor that has pushed down prices. Oil is globally priced in dollars so any increase in the dollar translates directly into a decrease in the price of crude. Over the past few months the dollar has seen a major rally that I suspect has been caused by the widespread, but unfounded, belief that the Federal Reserve will begin to tighten policy in 2015 just as the other major central banks shift into prolonged easing campaigns. When traders realize that this is unlikely to occur, the dollar should sell off and oil should rise.

Industrial forces will also come to bear soon. Much of the new North American shale production has been characterized by relatively high extraction costs, large production volumes, and fast depletions. A high amount of capital expenditure is needed to maintain production volumes. If the price of crude stays low, we can expect to see a decrease in capex expenditures from the companies most closely aligned with horizontal drilling and fracking. In fact, such evidence has already come to light. This means that volume decreases will start to bite far sooner than they would in the case of traditional oil extraction.

Ordinarily, falling energy prices are a great economic development. Lowering the cost of heating, power, and transportation means consumers and businesses have more money to spend on everything else. But the U.S. economy is now far more vulnerable to energy sector weakness. A substantial portion of high paying jobs that have been created in the last few years have been in energy production. Already the capex slowdown in the Dakotas and Texas is beginning to be felt by energy workers in those areas (12/2/14, The Globe and Mail). If these trends continue, the employment reports that currently drive so much of the economic confidence, will begin to look decidedly weaker.

But falling energy will also help hold down consumer prices. And while this may sound like a good thing to anyone with a standard amount of common sense, it is not seen as a good thing by economists who believe that higher inflation is a prerequisite for economic growth. Weakening employment and slowing inflation could quickly entice the Federal Reserve to launch the next round of QE far sooner than anyone currently predicts. This could turn the table on the current dollar rally and help push oil back up.

If oil stays low, it may turn out that entire U.S. oil boom was just another Federal Reserve inflated bubble. If it pops, the job losses and debt defaults that would ensue could have a far greater impact on the economy and the credit markets than did the bursting of the Internet bubble back in 2000. For those who think that cheap oil prices will provide a strong enough shock absorber, think again. When the housing bubble burst in 2008, $35 oil did not spare the U.S. economy from recession. Nor did $20 oil keep us out of recession in 2001. Oil producers have raised hundreds of billions of “junk bond” financing that may become vulnerable if oil prices stay low for an extended period. I do not believe the Fed will allow debt defaults that would result to impact the broader economy. They will be inclined to support oil prices just as they have been willing to support other strategically important asset classes.

If oil investors overbuilt capacity based overly optimistic price assumptions, which were created by artificially low interest rates and QE, why would similar mistakes made by investors in stocks, real estate, and bonds not be similarly exposed? This could mean that the popping of the oil bubble may be just one of many bubbles that are ready to burst. But given the difficulty of dealing with such a situation, QE 4 may ultimately need to be larger than QE1, 2, and 3 combined!

As a major player in oil production, the U.S. stands to gain far less from the current price slump than many of our trading rivals. Saudi Arabia, the dominant producer, has notoriously low production costs and should likely withstand the current slump with little need for structural reform (Saudi Arabia’s geopolitical strategy for cheaper oil was recently examined by John Browne in his recent Euro Pacific column).

The primary beneficiaries of the current oil dip are the Asian countries that use lots of oil but produce very little. Thailand, Taiwan, South Korea, India, China and Indonesia all import oil and, therefore, will benefit by varying degrees. Many governments (India, Indonesia, Malaysia) are removing high cost subsidies – so the immediate benefit is not to the consumer, but to government fiscal balances, which will improve greatly.

So every silver lining usually comes with a cloud or two. Although the dip in oil prices is currently the biggest thing on the street and the cause for optimism, good times come with a cost, and they are likely to be short-lived. Energy stocks have been unfairly beaten down and could offer long-term value at current price levels.