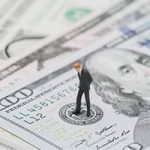 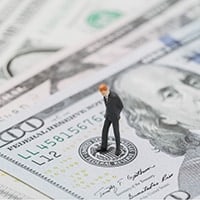 Well, it didn’t take much and it didn’t take long. After years of delays, a tentative start, many cautious pauses along the way, and a top speed that never really hit cruising velocity, the Fed has taken the first available off-ramp on the road towards policy “normalization.” In a speech on Tuesday this week in Chicago, Fed Chairman Jerome Powell delighted Wall Street by signaling that the Fed may soon deliver the gift that investors had been hoping for…the first interest rate cut in almost a decade.

While many savvy economists should have seen this coming, as late as October of last year, almost no one in the financial world thought that the Fed would so easily abandon its long-held bias without a gale force recession blowing them off course. But, in reality, all it took was a light breeze to force a 180-degree turnaround.

Throughout much of 2017 and 2018, the Fed had presented a tough posture. They argued that the economy had finally improved enough to remove the “unconventional” policies that it had implemented following the Great Recession of 2008. These moves, which included zero percent interest rates and the direct purchases of trillions of dollars of mortgage and Treasury bonds, had never been tried before 2008. But since the financial crisis was unprecedented, and the ensuing recession so severe, the Fed was prepared to do anything to prevent a replay of the Great Depression. And while the Fed started tightening policy as far back as 2014 (when it began slowing its bond purchases), by just about anybody’s measure, policy remained stimulative. The Fed admitted throughout its tightening cycle that it still had a long way to go to get to “neutral,” but it was apparently determined to get there.

By early 2018, with GDP growth approaching 3%, the stock market rocketing to all-time highs, and the unemployment rate dipping to the lowest in generations, it appeared as if the Fed’s plan was on track. The Fed cited these benign conditions as reasons to continue down the road towards neutral and to throw away the monetary crutches that had supported the economy since 2008. To that end, the Fed clearly indicated that it planned to raise interest rates continuously throughout 2018 and 2019 (bringing rates to approximately 3.5% by 2020) and to chip away at the Fed’s $4.5 trillion balance sheet through “automatic” $50 billion per month bond sales. It indicated that this “quantitative tightening” would last for years.

For investors, the Fed’s confidence was infectious. Many seemed to agree with President Trump that the U.S. economy was the strongest it had been in decades, and maybe, as Trump suggested, the strongest in our history.

I had argued at the time that we were simply living in the final stages of a “sugar high” that came from lingering deregulatory optimism stemming from Trump’s surprise 2016 election victory, and the short-term stimulus of tax cuts and record deficit spending. But, as usual, such concerns were not taken seriously.

But then in November and December markets dipped 20%, and briefly brought us into the first “bear market” in almost a decade. All bets were off. As heavyweight champion Mike Tyson was famed for saying, “Everybody has a plan until they get punched in the mouth.”

I argued that the selloff was inevitable given that our economy was built on a foundation of artificially low interest rates, and that even rates as low as two percent were too heavy a weight for the economy to bear. But mainstream analysts were largely uninterested in the real reason the market was falling, they just wanted the selling to stop. After all, markets were only supposed to go up…as they had done continuously for almost a decade. And so, the voices grew louder that the Fed should abandon its efforts to normalize. Loudest among these voices came from Trump himself, who called Fed policy “crazy.” The pressure soon proved effective.

In remarks in late December, Chairman Powell revealed a change in strategy. He indicated that the Fed would be “patient” in its approach to further tightening. While he did not abandon his intention to continue on the path to normalization, he promised to be more sensitive to market conditions along the way. This “Powell Pause” sparked a relief rally, giving a dying bull market a new lease on life.

Nerves were further soothed when the Fed announced that its bond-selling program would be taken off “automatic pilot.” Shortly thereafter, it quietly announced that the program would be fully ended in September, years earlier than expected, which would leave its balance sheet far larger than what had been promised. But the Fed still maintained the pretense that further tightening would happen, just after a longer, and unspecified period of time.

While these concessions put the wind back in Wall Street’s sails, nothing substantive had changed in the economy. The sugar high that most analysts confused for legitimate economic growth was merely wearing off, threatening to expose an economy more imbalanced, debt-laden, and vulnerable to a possible collapse than it was in 2008.

By May of this year, it became impossible to ignore the underlying weakness in the economy. Though the signs were plainly visible for most of 2018, particularly in housing, autos, and retail sales, it was not until the yield curve finally inverted in early spring that investors took notice. Typically, yields on long-dated Treasuries only fall below the yields of shorter-dated Treasuries when the economy is moving toward recession. While many analysts offered theories as to why this usually reliable recession predictor was no longer valid, the fear began to spread.

Then in recent weeks, the economic data turned much softer. Deterioration accelerated in the housing market (where the lowest mortgage rates in years have failed to translate into home sales or mortgage origination), in factory orders, industrial output and consumer spending. New data from the auto market revealed that the time needed to sell new cars has not been longer since the recession year of 2010. Auto, credit card, and student loan delinquencies also rose to levels not seen since the Great Recession, according to data from the NY Federal Reserve Bank. The anxiety was ramped up this week when ADP released its worst employment report in almost a decade, showing only 27,000 private sector jobs created in the month of May. Ominously, the biggest losses were in high paying goods-producing jobs. That was followed up by the Labor Department’s release of a much weaker than expected 75,000 gain in non-farm payrolls in May, together with significant downward revisions to prior months’ numbers.

But the biggest shadow hanging over the economy is coming from the uncertainty created by President Trump’s multi-front trade war. As talks have collapsed between the U. S. and China, and rhetoric on both sides has begun to resemble Cold War dimensions, economists have had to factor in the possibility of higher consumer prices, disrupted supply chains, and falling exports. What’s worse is that the situation with China looks like it will get worse before it gets better. And just this week, things got even dicier when Trump shocked everyone with his surprise tariff announcements against Mexico. Even though the administration had already invested much political capital in negotiating and pushing the United States Mexico Canada Trade Agreement (USMCA – the replacement for NAFTA), the president seemed more than willing to risk blowing up the entire agreement in pursuit of a win on border security. Such whimsical displays on trade policy may undermine the Administration’s negotiations with all of our trading partners.

As I have argued in the past, most Americans are completely unaware of the benefits we receive from free trade in the form of lower consumer prices and lower interest rates. When prices rise for everything sold in Walmart and when Americans face higher mortgage and credit card rates, the true cost of an ill-advised trade war will come into sharper focus.

With these uncertainties piling up, Powell stepped up to the microphone this week and told us what we already should have known: There is no more tightening bias and that the next move the Fed makes may be to cut rates not to raise them.

When the Fed last raised rates, controversially, back in December, I argued that that would be the last time it would do so, and that its next move would be a cut. At the time, those predictions were woefully out of step, bordering on delusional. To believe that the Fed would so quickly retreat after blowing the bugle of advance so loudly, would be to admit that it had no idea what it was doing, and that the best minds on Wall Street could not see a crisis looming in plain sight. Yeah. That’s about right. Since they were all blindsided by the 2008 crisis, why should we expect their vision to be any clearer now?

The elephant in the room that no one wants to acknowledge is that the “unconventional” policies that were introduced to fight a “once in a century” crisis are now the conventional policies of choice to combat the normal fluctuations of the business cycle. But zero percent interest rates and quantitative easing only worked a decade ago because people thought they were temporary. If they knew that the policies were permanent, the dollar may have plummeted and the resulting inflation may well have overwhelmed any benefits the stimulation delivered. But the naïve belief that the Fed could reverse course, unwind its bloated balance sheet and normalize interest rates, kept the game going and kept the dollar strong. Now that the illusion may about to be shattered, the dollar may not survive the next round of enhanced QE and ZIRP.

When the Fed first went down this road, I said it was a mistake. I likened the Fed’s proposed exit strategy to pulling a table out from under a cloth while leaving the cloth and dishes suspended in mid-air. I said the Fed had checked us into a monetary roach motel, and that eventually there would be more QE programs than Rocky movies. While my analogies often drew laughs from my devotees, ( see my standup comedy routine), they were ignored by just about everyone else.

QE4 will have to be larger than the three earlier rounds combined, as the annual Federal budget deficits could exceed 3 trillion. However, while China, Russia, and many emerging market nations were eager buyers of Treasuries during those initial rounds, they may likely be sellers of Treasuries during the next round. That means none of the inflation created to finance QE would be exported. So the big price increases next time may take place in the supermarket rather than the stock market. Americans would finally be forced to deal with the adverse effects of inflation that we have been spared for the past 10 years. It’s not going to be pretty.

Unfortunately, the economic carnage will be blamed on Trump and capitalism. So just like the 2008 financial crisis gave us Barack Obama, the coming crisis will give us something much worse; a Democratic president hell-bent on transforming America in the way Hugo Chavez transformed Venezuela. Socialism will not fare any better here than it did there.

In 2008 the Fed made a deal with the devil, sacrificing America’s soul in exchange for a decade of phony growth. That decade is coming to an end, and the devil is here to collect his due.

Best Selling author Peter Schiff is the Chief Global Strategist of Euro Pacific Capital, a division of A.G.P. / Alliance Global Partners, a Registered Investment Advisor and a full-service broker/dealer.. His podcasts are available on The Peter Schiff Channel on YouTube.

PrevPreviousZIRP and QE Are Now Conventional Monetary Policy – Ep. 472
NextGame over for the Fed – Ep. 473Next