It’s The Economy, and They’re Not Stupid 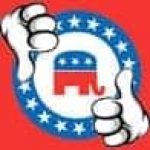 The sharp rebuke to the Obama administration delivered by the mid-term elections should not be construed as an endorsement of the GOP, which remains as unpopular as ever. Rather, as has been the case in the last few election cycles, voter revolts have hinged on continued dissatisfaction with the strength of the economy and the diminishing financial prospects of ordinary citizens. Given the apparent improvements in the economy, this fact continues to baffle the media which have concluded that Democrats simply failed to effectively communicate the successes that the Administration has achieved. Fortune Magazine offered a more complex conclusion that we have a good economy, but it’s just not the kind that benefits the middle class. I believe the truth is far simpler: Voters are dissatisfied with the economy because it is bad and getting worse. Although this unpleasant reality can be masked by economic doublespeak and government accounting gimmicks, the truth comes out in the ballot box.

According to voter exit polls conducted by CNN, 78% said they are worried about the economy, with 69% saying that, in their view, economic conditions are not good. 65% responded that the country is on the wrong track vs. only 31% who believed that it is headed in the right direction. Why should this be so if, as we have been told repeatedly, the economy is accelerating after five straight years of economic growth? After all, during the post war years, we have experienced recession on average, every seven years, and it has been almost that much time since our last recession. Unemployment has fallen all the way back down to pre-recession levels, the stock market is soaring to record heights regularly, the dollar is surging, the deficit is down by more than half in the last four years (to just a half a trillion) energy prices are falling, and the real estate market has had a great run over the last four years. So what’s with the doom and gloom? Shouldn’t we be satisfied?

I have been saying for years that the “recovery” is largely an illusion created by the effects of zero percent interest rates, quantitative easing, and deficit spending. The asset bubbles that have been created as a result of these policies have primarily benefited the owners of stocks, bonds, and real estate (the rich), while simultaneously deterring the savings and capital investment that is needed to actually create good paying jobs and increased purchasing power for Johnny and Sally Sixpack. So as the Dow churns higher, and the cheerleaders on CNBC try to outshine one another on their economic enthusiasm, the mood on Main Street continues to sour.(see my article about how QE has juiced the financial markets, in the latest edition of my Global Investor newsletter.

So which is it? Are the rank and file too stubborn, or too ill-informed, to understand that the economy is actually improving, or are they right, and it actually isn’t. Very few people are making the latter determination. Instead they have held up other fears, in the form of border security, Ebola, or Obamacare, to explain the drubbing of Democrats in this election as merely a referendum on the President. But the exit polls make clear that those dogs won’t hunt.

As the effects of quantitative easing begin to wane, the economy will slow down, as it already clearly has over the last few months, and stock and real estate prices will flatten out, and ultimately fall (see the article in my latest newsletter on the dependency of stock prices on stock prices). At that point, the call to do something big will return, and few should doubt that the historically dovish Fed and Federal Government (no matter who is in charge) will deliver fresh doses of fiscal and monetary stimulus. But we must be aware that these cures have not helped in the past, and they will not help in the future. In fact, they are the primary reason why the economy has not become healthy enough to increase voter satisfaction. The stimulus acts more like a sedative that has preserved an unhealthy debt-fueled, asset-bubble economic model and has prevented a healthier, more self-sustaining economy from rising in its place.

Instead of recognizing this phony economy for what it is, economists have instead conjectured that we have passed into an age of “secular stagnation.” They have produced models that say we simply are incapable of growing at levels that we have in the past, and that citizens have to come to grips with lowered expectations. They cite a variety of ridiculous reasons why this is so: The impact of technology, the rise of the emerging markets, the glut of savings, persistent deflationary forces, etc. But there is nothing new under the sun. Human beings haven’t changed, and neither have the laws of economics. There is no natural reason why our society has lost the capacity to grow. Instead, we have simply chosen to perpetuate a broken system because we refuse to suffer through the withdrawal symptoms that will surely accompany a change in course.

In a recent Investment Outlook piece that was heavy on philosophy, Bill Gross, the “bond guru” formerly of Pimco and now of Janus, made a similar conclusion. Although he acknowledges the inherent weaknesses and flaws in the stimulus-based economy, he concludes that there are simply no alternatives because we are addicted, and we will not be able to find the political will to suffer through a change.

He may be right. But the first step in fixing a problem is acknowledging that one exists. The voters are trying to tell us that. Too bad no one is listening.

And while Republicans may now be basking in their good fortune, they would be wise to keep the celebrations in check. The same problems that angered voters will still be in place two years from now, only by then, they will likely be worse. Republican majority in both houses will firmly affix targets on their backs, and will invite the kind of backlash that was recently directed at Democrats.