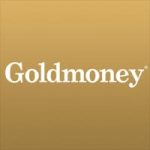 The United States of America was founded on the principals of limited government and sound money.  Today we have neither.  The growth of the former has largely been a function of its ability to abolish the latter.  A dollar was original defined as a specific weight of gold or silver, and the Constitution limited the power of the states to make anything other than gold or silver legal tender.   As the Federal Government was given no power to make anything legal tender, and since the Federal Government only has those powers expressly granted to it by the Constitution, gold and silver are still the only Constitutional forms of money authorized in the United States.

For years all commerce in the United States was transacted in either gold or silver, with smaller transaction completed using copper or nickel.   Private banks issued notes backed by their gold and silver deposits, which also circulated as note currency, along with actual money.   These money substitutes were often more convenient to use than money itself, especially for larger transactions.

Eventually the Federal Reserve was created with its notes replacing the various bank notes that had previously been in circulation.  They were originally backed by, and redeemable in lawful money, dollars made of gold or silver. But that changed in 1971 when this connection was severed, leaving the notes backed solely by government debt and redeemable in nothing.   Since then the purchasing power of Federal Reserve Notes has steadily declined.

Yet despite their obvious shortcomings, citizens continue to use Federal Reserve Notes rather than actual dollars made of gold or silver. Although the courts have declared that Federal Reserve Notes are legal tender (disregarding the Constitution in the process), and government requires that they be used to pay taxes, the main reasons that people have chosen to use the notes have been convenience and the ability to earn interest.   Paying with paper, or accessing a bank deposit by check or debit card is much easier then lugging around a bunch of metal.   And while gold bars stored in your basement earned no interest and could potentially be stolen, funds deposited in banks have been federally insured and traditionally paid significant interest.

But in recent years much of that has changed.  All major U.S. banks are basically insolvent, and the government has insufficient reserves to bail any one of them out should it fail.  In addition bank deposits pay zero interest, while inflation steadily erodes away purchasing power.  In fact, while the Federal Reserve’s stated mission used to be the maintenance of price stability and the purchasing power of its notes, its current mission is to ensure that prices rise and that its notes lose value over time.  Given how much value the notes have lost when the Fed’s goal was to preserve purchasing power, imagine how much faster value will erode now that depreciation is actually their stated objective!

But now, thanks to Goldmoney, Federal Reserve Notes have lost their only remaining advantage, convenience.  Goldmoney recently introduced a new platform that makes saving, earning, and spending gold as easy as using cash or bank deposits. In many instances, such as cross-border payments, it is easier and cheaper to use Goldmoney than Federal Reserve Notes.  Merchants that choose to accept payments in gold will also find doing so to be less costly then accepting payment by credit card.

Thanks to Goldmoney employees can now choose to be paid wages in gold and landlords can be paid rent in gold.  If you can be paid in gold in a form that is as easy to save and spend as any currency, why would you want to be paid in anything else?  Why do people choose FedEx over the post office?  Why do so many now use Uber instead of hailing cabs.  It’s because the free market has come up with better alternatives to the overpriced and inferior products offered by government owned or controlled businesses. Now Goldmoney stands to disrupt the government’s money monopoly to an even greater degree than any company has disrupted any market in history.

Government money has a long history of losing purchasing power over time, while Gold has a long history of gaining it.  Government money must be deposited into a bankrupt financial system to facilitate most transactions, while gold can now be stored safely in a private vault. Yet despite this security Goldmoney deposits can be even more convenient to access and transfer than traditional bank deposits.

Now anyone in the world can open a Goldmoney account for free, and instantly acquire physical gold for just ½% over the spot price.  You can buy and transfer as few as .001 grams at a time, about 4 cents worth.   There is no storage charge on amounts up to 1,000 grams, about $40,000.   When you establish your account you can request a free prepaid debit card that can be used anywhere that accepts MasterCard.   For an additional ½ percent fee you can use this card to spend your gold as currency.  However, if the seller prefers to be paid in gold, you can directly transfer the appropriate quantity instantly free of charge.   It’s like using PayPal, except you are transferring actual gold rather than mere paper.

You can also gift any quantity of gold to any other Goldmoney account holder free of charge.  You can even give some of your gold to non-account holders by inviting them to open an account to receive your gift.   Gold can be sent by text message, email, even through social media.  In fact, it has never been easier to transfer money.

Bitcoin has recently become popular among those who are searching for an alternative to government money.  But there is a lot of risk in Bitcoin. The digital currency has experienced wild swings in reliability in its very brief history. The value of Bitcoin has also been far more volatile than gold’s, making every day transactions much more difficult to price.  In contrast gold has 5,000 years of history to rely upon.   A good Roman toga used to cost 1 ounce of gold, which is about what one would pay today for a fine men’s suit.

In 1971 Richard Nixon claimed that his decision to take us off the gold standard was a temporary measure.   Well he was right.  Even though the government will not officially keep Nixon’s promise, you can fulfill it for him.   With Goldmoney we can go back on the gold standard one American at a time.   But there is strength in numbers.  Only about 1/3 of the colonists supported independence, but it was enough to launch a revolution.  I think a much smaller percentage of Americans rejecting paper money by opening Goldmoney accounts could be enough to launch a monetary revolution that can be just as powerful.

So get started by opening your own account today.  Just click here and follow the simple instruction to set it up. Goldmoney will add 5% additional gold to your initial deposit, up to a maximum of .5 grams.   So even if you simply use your free debit card to spend your gold as cash, you come out ahead.   But rather than depleting your account, your goal should be to make this your primary account for saving, earning, and spending.   If you provide a service or sell a product, ask to be paid in gold.  Even your customers who do not have gold can pay into your Goldmoney account, with those fiat payments automatically converted into gold as they are received.

To take power away from government we must first destroy their monopoly on money.   As more Americans opt out of the banking system, and into Goldmoney, government power will be reduced.   This is likely the single most important vote you can make.  A vote in favor of gold is a vote for liberty and against tyranny.

But once you set up your own account, make it your mission to invite as many of your family members, friends, and coworkers as you can to join the revolution.  The more people who are on the network the more valuable it becomes.   As more people open Goldmoney accounts, more merchants will be attracted to the platform as well.  You can always use your free debit card to shop at any merchant, but transaction costs will be lower for both you and the merchant if the payments are made directly in gold.   Our goal should be to create a community so large that all commerce can be conducted in gold without ever having to access government money or the banking system it supports.

Goldmoney has instituted a generous referral program where you can use your own proprietary hyperlink to earn gold as those you refer sign up!   As an added incentive there is currently a contest where the top 10 referrers will be entered into a lottery to earn two free tickets to Superbowl 51, including three nights hotel and round trip airfare.   The contest started a few days ago, but it looks like there is still plenty of time to make it into the top ten.  Click here for details.

Using Gold instead of Federal Reserve Notes is not just a wise financial decision for yourself, but also a powerful political choice for your country.    Click here to join the revolution.

PrevPreviousQE4 Is Going To Be Huge – Ep. 213
NextA Candidate’s Bubble Is a President-Elect’s Bull Market – Ep. 214Next