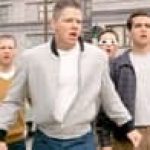 On June 30, U.S. authorities announced a stunning $9 billion fine on French bank BNP Paribas for violations of financial sanctions laws that the United States had imposed on Iran, Sudan and Cuba. In essence, BNP had surreptitiously conducted business with countries that the United States had sought to isolate diplomatically (sometimes unilaterally in the case of Cuba). Although BNP is not technically under the jurisdiction of American regulators, and the bank had apparently not broken any laws of its home country, the fine was one of the largest ever issued by the United States and the largest ever levied on a non-U.S. firm. The Treasury Department and the Federal Reserve made clear that unless BNP forks over the $9 billion (equivalent to one year’s of the company’s total earnings), the U.S. will prevent the bank from engaging in dollar-based international transactions. For an institution that makes its living through such transactions, that penalty is the financial equivalent of a death sentence. The fine will be paid.

It is widely rumored that Germany’s Commerzbank will be the next European institution to face Washington’s wrath. It is rumored that it will face a penalty of at least $500 million, an amount that is roughly equivalent to one year of the bank’s income.

As if choreographed by a financial god with a wicked sense of humor, the very next day marked the official implementation of the Foreign Account Tax Compliance Act (FATCA), a new set of laws that will require all foreign financial institutions to routinely and regularly report to the U.S. Internal Revenue Service all the financial activities of their American customers. The law also requires that institutions report on all their non-American customers who have ever worked in the U.S. or those persons who have a “substantial” connection to the U.S. (Inconveniently the law fails to fully define what “substantial” means). Failure to report will trigger 30% IRS withholding taxes on any dollar-based transactions made by clients who the U.S. has determined to be American…either by birth, marriage, or simply association.

Given that the United States is one of only two nations in the world (the other being Eritrea) that taxes its citizens on any income received, regardless of where that income was earned and where the tax payer lived when they earned it, the FATCA laws are an attempt to extend American tax authority and jurisdiction (by unilateral dictate) to the four corners of the Earth. The Economist magazine, which is not known for alarmist reporting, described FATCA as “a piece of extraterritoriality stunning even by Washington standards.” (For those of you who did not pay attention during world history class, “extraterritoriality” is an attempt by one country to enforce its own laws outside of its own borders).

What’s worse is that many accountants and analysts have estimated that the compliance costs that the United States has imposed on these non-constituent banks (which have limited ability to lobby or influence U.S. lawmakers) will far outweigh the $800 million in annual revenue that the law’s backers optimistically estimated. In a June 28th article, The Economist quotes an international tax lawyer saying that FATCA is about “putting private-sector assets on a bonfire so that government can collect the ashes.” The laws are particularly irksome to many because the United States typically refuses to subject itself to the same standards it requires of others. When foreign governments ask Washington for financial information from its citizens, the U.S. government hypocritically trots out privacy laws and poses on the altar of civil liberties. In fact, despite its war on foreign tax havens, for non-Americans the United States is by far the world’s largest tax haven.

But as is the case with BNP, the foreign banks will have little choice but to comply. Given the importance that U.S. dollar-based transactions play in daily banking operations, U.S. authorities call the tune to which everyone must dance. However, the complexity and opacity of the laws have at least generated some mercy from the U.S. which has allowed foreign banks more time to implement compliance procedures. In many ways this is similar to how the Obama administration has extended Obamacare mandates to a persistently confused and overwhelmed public. This is cold comfort.

The FATCA and the BNP developments have occurred just a few months after the U.S. has finished tightening the screws on a variety of Swiss banks that had attempted to follow the bank privacy laws that exist in their home country. Through heavy-handed tactics, U.S. authorities made it impossible for the Swiss banks to transact business internationally unless they played ball with Washington and turned over all information the banks possessed on U.S. customers. Not surprisingly, the U.S. prevailed. Additionally, June marked the end of Germany’s farcical campaign to repatriate the hundreds of tons of gold that are supposedly on deposit at the Federal Reserve Bank of New York. After asking for its gold back two years ago, and after having only received the smallest fraction of that amount over the ensuing years, the Germans have decided to make a virtue of necessity and drop its demands to receive its gold. (see Interview with Peter Boehringer)

But the fate of BNP appeared to kick up a storm that went beyond the usual grumblings that American financial muscle-flexing usually inspires. A few days after the fine was announced, French Finance Minister Michel Sapin questioned its legality by pointing out that the offending transactions were not illegal under French law. (The Obama Administration reportedly ignored requests by French President François Hollande to reduce the fine). Going further, Sapin appeared to bring into question the entire monetary regime that has granted the U.S. its unique unilateral power: “We have to consider…the consequences of pricing things in dollars when it means that American law applies outside the U.S…..Shouldn’t the euro be more important in the global economy?” (Bloomberg, 7/5/14) Politicians, French or otherwise, rarely deliver such explicit statements.

As if on cue, a few days later Christophe de Margerie, the CEO of French national energy company Total SA, raised eyebrows when he made repeated comments at a conference in France that the euro should be used more often in international oil transactions, saying “Nothing prevents anyone from paying for oil in euros.” Perhaps these are the opening salvos in what may be a long war.

The anger is particularly acute in Germany where the United States has already come under criticism for a series of surveillance and espionage revelations, including illegally tapping Chancellor Merkel’s cell phone, and planting spies in the upper echelons of Germany’s military. Bloomberg recently compiled a selection of frustration with the United States’ actions from Germany’s leading newspapers. Among the highlights:

When Germans hold up Russia as a better ally than America, you realize how fundamentally the world is changing. And as we know, Vladimir Putin is doing all that he can to construct a post-dollar financial system (see related article).

These types of frictions should be expected now that America finds its economic and diplomatic influence to be waning. The failures of the American military to create stability in Afghanistan and Iraq, of American diplomacy in heading off crises in Syria, the Ukraine and Palestine, and most importantly the culpability of the American financial system in bringing the world to the brink of financial ruin in 2008, have left the United States with few good options with which to exert her influence. The predominance of the dollar and its reserve status around the world provides the leverage that America’s other failed institutions no longer can.

This power is magnified by the ridiculous Keynesian notion that a strong currency is a liability and a weak currency is necessary for a healthy economy. This means that every bad move by the Federal Reserve needs to be matched by its counterpart bank in Frankfort and London. As such, America can debase its currency and serially acquire debt while avoiding the consequences that lesser countries would inevitably encounter.

For the moment the backlash against these laws has been limited to those Americans living abroad who are increasingly finding themselves to be financial lepers. Many local banks and mortgage companies are seeking to avoid the heavy hand of the IRS and FATCA by simply closing their doors to Americans. Even non-financial firms abroad have shown increasing reluctance to hire Americans as a result of the tax complications. As a result, it is well documented that the number of Americans renouncing their citizenship has skyrocketed in recent years.

The real danger of course is that the United States overplays its hand and arrogantly goes too far. While many would believe that that milestone has come and gone, the truth is that the U.S. has yet to pay a price broadly for its actions. The dollar’s reserve status is as yet intact, and U.S. Treasury debt is being sold at generationally low yields. But the longer this goes on, the greater the danger becomes.

Arrogance breeds contempt. The more reckless the United States becomes in throwing its weight around, the greater the temptation will become for the rest of the world to jettison the dollar like an unwanted house guest. If that happens, the value of U.S. dollar-based investments, and the living standards of all Americans, will pay a very heavy price.