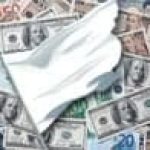 If anyone had any doubt how severely the global economy has been distorted by the actions of central bankers, the “surprise” announcement last week by the Swiss National Bank (SNB) to no longer peg the Swiss franc to the euro should provide a moment of crystal clarity. The decision sent the franc up almost 30% in intraday trading, a scale of movement that is unprecedented for a major currency in the modern era. Although very few in the media or on Wall Street fully understand the ramifications, the situation that forced the Swiss to abandon the peg will soon be faced by bankers of much larger countries in the coming years, the implications of which can have more profound implications for global financial markets.

Other than the immediate fluctuations in exchange rates, the primary reaction to the Swiss move has been indignation. The airwaves have been awash with officials and investors who have felt betrayed by an irresponsible bank that has not only squandered its own credibility but has also damaged the reputation of all central banks. Despite the complaints of now-ruined foreign-exchange speculators, who believed recent statements from the SNB that it would continue to enforce the peg, a blindsided policy reversal was its only viable option. Any hint that the policy was about to change, or could change, would have resulted in the same mass buying of Swiss francs.

But the only thing the SNB did wrong (other than initiating the peg in the first place) was to admit that the policy was unsustainable and have the courage to reverse course. In so doing, they violated the first rule of central banking, which appears to be: Never admit to making a mistake.

Although the move is not as dramatic a change as the recently defeated gold reserve referendum would have likely produced (see my prior commentary), the abandonment of the peg makes Switzerland the first major economy to surrender in the international currency war. It has decided not to race to the bottom, and it has understood that a cheap currency does not solve economic problems. The decision gives a long-delayed victory to the Swiss people.

With a centuries-old legacy of economic independence, the Swiss initially had the good sense to avoid joining the monetary quagmire that became the Eurozone. But with the 2011 euro peg, the country de facto joined the currency union. This tasked a country with a population of just over 8 million people to support the euro, a falling currency used by 335 million people locked in a dysfunctional political union, with governments that have been serially unable to deal with horrific debt profiles. According to tradingeconomics.com, 2013 figures show Switzerland has a debt-to-GDP ratio of just 35.4%. In contrast, the Eurozone has an extremely high ratio of 90.9%. Taking on that kind of dead weight was a very big job for a very small country.

Predictably, the numbers got very silly very fast. In 2009, Switzerland’s foreign exchange was $92 billion (SNB Annual Report), representing just 17.5% of its annual GDP. This was high by national standards, but well within the range of most developed countries (The U.S. now has almost no foreign exchange reserves – just .9% of GDP). But in order to maintain the peg, the SNB had to buy hundreds of billions of euros annually. Over the past six years, the tab came to almost $10,000 per year per Swiss citizen. These are enormous sums, even for a rich country. As a result, by the end of 2013 Switzerland’s foreign exchange reserves had swelled to $488 billion (SNB Monthly Statistical Bulletin, Dec. 2014) or 71% of its annual GDP. This dwarfs the reserves-to-GDP levels held by the globe’s two primary foreign exchange depositories, China (41.3%) and Japan (24.4%).

In retrospect the task was absurd. It was like asking a 100 lb. jockey to perpetually piggyback a 600 lb. sumo wrestler. But the real problem came in recent months when the European Central Bank came closer to announcing a program of quantitative easing, which would have brought even more downward pressure on the euro, requiring the SNB to pick up the buying pace even further. Asking the Swiss to shoulder the QE burden was like asking the jockey to carry the Sumo wrestler into an all-you-can-eat sushi bar. Given that grim reality, the SNB had no choice but to lay down its burden.

Despite this prospect of an open-ended euro buying cul-de-sac, mainstream economists have argued that the move will decimate Switzerland’s finances and ruin its economy. They argue that by letting the euro fall, the SNB will suffer immediate losses on the hundreds of billions of euros it now holds in reserve. While this is true, it ignores all the hundreds of billions, if not trillions, of francs that the Swiss would have had to spend (to buy euros) in coming years to maintain the peg. Modern economists believe that the money needed could have been printed out of thin air with no cost to the Swiss economy. But to believe that is to believe in fairy tales.

But when you look at it clearly, Japan, China, and many emerging economies find themselves in roughly the same boat as Switzerland. They are continually inflating their own foreign exchange reserves in order to enforce an unofficial peg against the U.S. dollar. However, in no othercountry has the relative scale of foreign exchange purchases been as dramatic as in Switzerland. But if the Fed unexpectedly launches another round of QE, which I believe it will, then the rest of the world will have to face the same decision as Switzerland had; whether to continue to throw good money after bad, or to cut and run and take the pain now.

Those still in shock by what they see in the rear view mirror had better focus their attention on what lies ahead. To me, the mother of all pegs is the one provided by China to the U.S. dollar. Both the yuan and the Hong Kong dollar are pegged to the U.S. dollar, and China has spent far more money than Switzerland defending its peg. Should China pull the plug on the dollar, our economy has a much larger drain to go down. The Europeans had only recently begun to rely on Switzerland, yet America has been limping on China’s crutch for decades. Since our reliance is much greater, so too is the potential impact once it’s removed.

Another difference is that while the Swiss are few in number relative to the population of the Eurozone, per capita income in Switzerland is higher. In contrast, China has a larger population than the United States, but its people subsist on much lower incomes. So it’s not the rich subsidizing the less well off, but the Chinese poor subsidizing America’s middle class. As a result, the immediate gain to China and loss to America will be that much greater than is the case with Switzerland and Europe.

In the future the Swiss surrender may be looked at as the first significant counter-attack against our current global system of monetary insanity. The mistake was not ending this peg, but in adopting it in the first place. The Swiss once again have a strong currency with expanded purchasing power. Yes, Swiss exporters may lose market share to international rivals. But the amount of Swiss francs they will actually earn from each unit sold will likely increase. So the Swiss may be able to export less and still earn the same money. In addition, the cost of imports will fall, allowing the Swiss to buy more with less.

Contrary to the common current belief, the goal of an economy is not to manufacture more products for others to buy, but to be able to buy more products yourself.  In that respect, exports are merely the means to achieving that end. The less you need to export to pay for your imports the better. In other words, the goal of an economy is to consume, not to work. If we could consume without working we would happily do so. Working without consuming, not so much. In the past, the Swiss prospered with one of the world’s strongest currencies. It will do so again.

Ironically, without the support of the SNB in propping up the euro, full-blown European QE may now be a more remote possibility, and a euro rally against the dollar may not be too far off. Goldman Sachs noted the Swiss’ message is that QE is going to be done and perhaps even larger than previously thought. But, with tough love from Switzerland perhaps the European Union may choose to consider real economic reforms rather than risk QE without a Swiss safety net to catch the euro if it starts to tumble uncontrollably. In fact, the forces now in motion, accelerated by the SNB’s move, may push the Fed that much closer to launching QE4. Since the “long dollar, short euro” trade is predicated on the expectation of QE in Europe and rate hikes in the U.S., if we end up with QE4 in the U.S. and no QE at all in Europe, the fireworks in the foreign exchange market are just getting started.