The Clock is Ticking in Switzerland 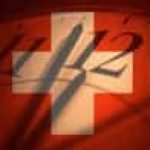 For most of my career in international investing, I had always placed a great deal of faith in Switzerland’s financial markets. In recent years, however, as the Swiss government has sought to hitch its wagon to the flailing euro currency and kowtow increasingly to U.S.-based financial requirements, this faith has been shaken. But this week (November 30th) a referendum in Switzerland on whether its central bank will be required to hold at least 20% of its reserves in gold, will offer ordinary Swiss citizens a rare opportunity to reclaim their country’s strong economic heritage. It’s a vote that few outside Switzerland are following, but the outcome could make an enormous impact on the global economy.

Traditionally, the Swiss franc had always attracted international investors looking for a long-term store of value. That’s because the Swiss government had always kept sacred the idea of conservative central banking and fiscal balance. When the idea of the European common currency was first proposed, the Swiss were wise to stay out. They did not want to exchange the franc for an unknown and untried pan-national currency. The creators of the euro had suggested that it would become the heir to the strong Deutsche mark. Instead, it has become the step-child of the troubled Italian lira and the Greek drachma.  In retrospect, the Swiss were wise to take no part in the experiment.

But the decision of the Swiss government in 2011 to peg the franc to the euro, in order to prevent the franc from rising, has meant that the nation has adopted the euro de facto. In order to effect this peg, the Swiss government has had to intervene massively in the currency exchange market to buy and stockpile euros, thereby weakening the franc. The raw numbers are so staggering that rank and file Swiss have taken notice. Over the last few years the Swiss economy has stagnated along with the rest of Europe, and Swiss citizens have come to understand that the current policy will require an open-ended commitment to keep doing more of the same. This frustration has given birth to the referendum movement.

In 1999, Switzerland became the last industrial nation to go off the gold standard, a system that had served the world well for centuries. At that time, the Swiss National Bank held about 2,600 tons of gold, representing about 41% of its total currency reserves. By the end of 2008 its gold holdings had dwindled to just 21% of reserves. And as of August this year, they had fallen to just 7.9%. The raw tonnage has fallen over that time to just 1,040 tons, a 60% decline from 1999.

But the real action can be seen in the Swiss National Bank’s holding of foreign currencies, mostly the euro, which now sits at a whopping 453 billion francs’ ($495 billion). That’s about 56,000 francs ($61,000) per man, woman and child in the country, almost 90% of which have been accumulated in just the past six years. The stated aim of all these purchases is to depress the value of the franc against the euro. Currency valuation directly translates into purchasing power, which means that the Swiss are poorer for these efforts. For a family of four that means the Swiss government has diverted almost $33,000 worth of purchasing power every year for the past six years to citizens of other European countries who had mistakenly adopted the euro. That’s a lot of money, even for a rich country.

Swiss politicians have said that purchases have been needed to protect the citizenry from falling prices and from the diminished exports that would result from a rising currency (In my  latest newsletter, read how this central bank concern about deflation is strictly a 21st century paranoia). Putting aside the evidence to suggest that the Swiss economy has prospered under a rising currency, this idea assumes that exports are a means, rather than an end. The purpose of exports is to pay for the stuff that you import and consume. There are many things that the Swiss people want that they don’t make. To get those things, they export the things that they do make (i.e. watches, chocolate, cheese, etc.). The beauty of a strong currency means that you don’t need to export as much of the stuff you make to get the stuff you want. In other words, you don’t have to work as hard to enjoy greater consumption. Swiss living standards could have been much higher today if Swiss bankers and politicians had not tethered the franc to the euro.

A 20% gold reserve requirement would severely limit the ability of the Swiss government to continue its pegging policy. In order to reach the new target reserve levels, the Bank would either have to sell hundreds of billions of currency reserves or buy thousands of tons of gold on the open market. Critics contend that this would be a disaster for Switzerland. But the large amount of gold reserves before 1999 did not weigh on the Swiss economy. In fact, before that time, it was the envy of the world. While other countries were undermined by the promises politicians made with a printing press, the Swiss economy prospered thanks to the discipline provided by gold.  Economists and politicians who are urging the Swiss to reject the proposal make the case that inflation is a prerequisite for growth, but many Swiss know that that is a lie.

While the pundits see little chance of success for the gold vote, I am encouraged by the recent results of another recent Swiss referendum that rejected the imposition of what would have been the highest minimum wage in the world. Swiss voters were smart enough to understand that an arbitrarily high wage costs would simply destroy employment opportunities without offering any tangible benefits in return. Perhaps they will be equally wise about the usefulness of sound and stable currency.

As an American, I envy the choice that the Swiss have given themselves. If successful, the vote could be seen as the first major counterattack against the forces of fiat currencies and unlimited global QE. A successful outcome may also mean the requirement for the Swiss government to buy gold would add significant demand in the gold market and should thereby help put the metal back on track.

All eyes should now be focused on the Swiss voters.  I wish them courage.