The Embarrassment of Transparency 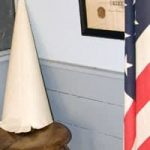 Below please find the latest commentary from Peter Schiff, CEO of Euro Pacific Capital. Please feel free to excerpt or repost with proper attribution and all links included. Click here to signup for both of Peter Schiff’s Free Newsletters. Over the past decade or so, “transparency” has become one of the buzzwords that has guided the Federal Reserve’s culture. The word was meant to convey the belief that central banking was best done for all to see in the full light of day, not in the murky back rooms of Washington and New York. The Fed seems to be on a mission to prove that its operations are benevolent, fair, predictable, and equitable. Part of that transparency movement took shape in 2007 when the Fed began publicizing its Gross Domestic Product (GDP) forecasts, which previously (to the frustration of investors) had been kept under wraps. Most of the Fed’s policy moves are tied to how strong, or how weak, it believes the economy will be in the coming year. As a result, its GDP forecast is perhaps the single most important estimate it make.

So the good news for investors is that the Fed now tells us where it thinks the economy is headed. The bad news is it has been consistently, and sometimes spectacularly, wrong. Talk about the blind leading the blind.

In the eight years that the Fed has issued GDP forecasts in the prior Fall, only once, in 2010, did the actual economic performance come in the range of its expectations (referred to as its “central tendency.”) And even in that year, Fed forecasters did not manage to put the ball through the goal posts. Instead it just hit the upright (the low end of its range: 2.5% in actual growth vs. a central tendency of 2.5% to 3.5%). In all other years the Fed missed the mark completely on the downside. The tale of the tape tells the story:

The biggest misses clearly came during the recession years of 2008 and 2009. The Fed clearly had no idea that trouble was brewing, or that the trouble would last once it started. In 2008 the actual growth came in 2.1% below the low end of its forecast range and 2.5% below the midpoint of its estimates. In 2009 it was 2.6% below the low end and 3.2% below the midpoint. 2011 wasn’t much better, with the Fed missing by 1.4% and 1.7% for the same criteria. The rest of the years had more pedestrian misses of less than a percentage point. But it never really hit the mark, and it consistently overbid by a significant margin.

And while we are only a few months into 2015, it doesn’t look like they will be on target this year either.

With first quarter growth at just a scant .2% annualized, the remaining three quarters of the year would have to average 3.4% annualized just to get to 2.6% for the full year (the low end of the Fed’s range). Furthermore, the latest data, such as the spectacular increase of the trade deficit in March (to $51.4 billion, the largest month over month growth on record and the biggest monthly gap since the crisis month of October 2008), and today’s report showing the largest consecutive quarterly decline in productivity in more than 20 years, will likely force a downward revision to Q1 GDP. With April data looking even weaker than what was seen in February and March, a strong second quarter rebound, like the one seen in 2014, seems increasingly unlikely. In other words, good luck getting to 2.6%. But even if we do get there, it is no cause for celebration. 2.6% growth would be indicative of a struggling economy (recall that for the 20th Century, annual growth averaged well north of 3%).

In the seven full years since the Fed brought rates to zero, and at times showered the markets with trillions of dollars of QE cash, GDP growth has averaged just 1.1%. Even stripping out the recession years of 2008 and 2009, to focus only on the five “recovery” years of 2010-2014, gives us an average GDP of 2.2%, a rate that has been below the central tendency every year.

So what do we make of this? Are Fed economists just horrible forecasters? And if so, why not hire others who more competent? Or is something more troubling going on? The most benign explanation is that they simply failed to anticipate a string of unfortunate events that have supposedly prevented a real recovery from taking hold. First it was the European debt crisis, then it was the high energy prices, then it was Syria, then Ukraine, then the Polar Vortex, then it was the low energy prices, then it was the European recession, the strong dollar, and then another bad winter. Apparently, unbeknown to Fed forecasters, the world is a tricky place fraught with economic, political and meteorological crises. But hasn’t that always been the case?

A more troubling possibility is that the Fed simply doesn’t understand how its policy tools really impact the economy. It expects that zero percent interest rates and quantitative easing will stimulate aggregate demand, encourage consumers to spend and businesses to hire, thereby initiating a virtuous cycle that will propel the economy back to healthy growth. Since it believes its medicine will cure the patient, it builds a favorable outcome into its forecasts, which biases those forecasts in an upward direction. Based on that assumption, it’s a bit of a headscratcher to the Fed as to why the economy has failed to deliver as expected. So cue the long litany of excuses.

But what if that’s not the way it works?  What if, as I have argued many times, that stimulus in the form of zero percent interest rates and QE bond purchases, act more like economic sedatives than stimulants? What if, as I have argued, that these crutches prevent an economy from finding the solid footing needed to build a real recovery? This would explain why we have failed to recover after seven years of policies expressly designed to spur recovery.

A more sinister possibility is that the Fed is not really forecasting at all but cheerleading. The fact that all its forecasts have missed on the high side reveals that its misses may not be random. If the Fed were just wrong, one would expect some of its forecasts to be too low. An obvious explanation is that the Fed may be using its “forecast” to talk up the economy. By forecasting strong growth, the Fed may be hoping to engender optimism, with more spending and hiring hopefully to follow. Kind of like a field of dreams recovery — if the Fed forecasts it; it will come. Plus the Fed may be hesitant to issue a somber assessment of future growth even if it expects it, fearful that its forecasts become self-fulfilling as businesses and consumers cut back to reflect that forecast. If so, its economics “forecasts” would be in actuality just another policy arrow in its quiver, and should never be taken seriously.

Another inconvenient fact that needs to be ignored in the string of GDP reports is the consistently low inflation numbers that the Fed uses. Remember, to get a sense of real growth, the bean counters need to subtract inflation from the nominal figures. Now I have always argued that the CPI itself has consistently underreported inflation, but I have also explained how the Fed’s preferred gauge of inflation used in the GDP report, called the GDP deflator, is consistently lower than the CPI (a trend that goes back to 1977). But the GDP report for First Quarter 2015 really kicks that trend into another dimension.

To arrive at the .2% annualized GDP estimate, the Fed assumed inflation was running at minus .1% annually (Bureau of Economic Analysis). With the exception of two quarters during the depths of the Great Recession (2nd and 3rd Quarters of 2009), we have to go all the way back to the First Quarter of 1952 to find a negative deflator (BEA). If positive inflation data had been used, growth in Q1 would have come in negative.

Based on what we have seen thus far in the year, fantasies about a 2015 recovery should be evaporating. But, as of March 18, the Fed continues to hold to 2.5%-3.0% GDP forecasts and tangential assumptions that rate hikes will begin the second half of this year and will continue throughout next year. (A February 12th survey of economists by the Wall Street Journal shows a consensus 2.2% Fed Funds rate by year end 2016). With these assumptions baked into portfolio dispositions investors risk being caught wrong footed when the ugly truth is finally accepted.