The Herd Can Be Blind 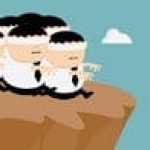 Below please find the latest commentary from Peter Schiff, CEO of Euro Pacific Capital and author of The Real Crash: America’s Coming Bankruptcy. Please feel free to excerpt or repost with proper attribution and all links included. Click here to signup for both of Peter Schiff’s Free Newsletters.

Going into 2015 the economic outlook held by the U.S. investment establishment could not have been much more positive, and more unified. Pundits saw all the variables aligning to create the best of all investment worlds, a virtual “no-brainer” of optimism. Many believed that the 5.0% annualized growth in 3rd quarter would stay strong in the 4th Quarter and then usher in a strong 2015, which many believed would be the best economic year since the crash of 2008. The only question that divided most forecasters was how good the year would be.

High degrees of certainty can be dangerous. Herd mentality can cause investors to chase returns en masse and pile into positions that may already be overvalued. But herds can be spooked, most often by unexpected developments which can catch the herd wrong-footed and spark major movements when the masses scatter at the same time. When that occurs, those who resisted the herd may find themselves rewarded. We believe that we are approaching such a point.

Although the employment reports continue to bathe the economy in the diffuse light of recovery, many of the less followed economic indicators have further diverged from expectations in the opening months of 2015. Many economists initially believed that GDP in the 4th quarter 2014 would come in at an annualized pace north of 3.0%. But, in January the actual number came in at 2.6% (which was revised down to 2.2%). Recent data in such categories as consumer spending (which after falling in December, declined again in January – the first consecutive monthly declines since 2009), factory orders, trade, manufacturing, and business investment have missed on the downside. But these lesser reports are often explained away and have not made much of a dent on overall optimism.

In the six years since the Great Recession began in 2008, the economy has been boosted by both monetary and fiscal stimuli. The Federal Reserve has held its overnight rate at 0% while expanding its balance sheet by almost $4 trillion, and the Federal government had run four consecutive $1 trillion plus budget deficits (before pulling back to less than half a trillion annually more recently). But despite these unprecedented levels of stimulus, real GDP growth in the U.S. averaged just 2.2% from 2010 through 2014, which compares with an average of almost 3.5% in the post-WWII period. If this substandard growth is all we could achieve with the floodgates wide open, why should we expect that the economy will improve in 2015 if the stimulus doesn’t return, as few expect it will?

Despite the records being set almost daily on Wall Street, (today the NASDAQ eclipsed 5,000 for the first time in almost 15 years), optimists claim that the market is not overvalued because the current S&P 500 price-to-earnings ratio, of about 19 times trailing 12 months earnings, is not too far above the historical norm of about 14. But most investors have not considered the extraordinary factors that helped push up earnings, artificially we believe, in 2014.

According to Bloomberg, in 2014 S&P 500 companies spent an estimated $565 billion (or 58% of corporate earnings) on share buybacks, a figure that is extremely high by historical standards. Money spent on buybacks is not available to purchase new plant and equipment, to fund research and development, or to spend on marketing and logistics. In that sense, buyback spending generates current earnings at the expense of future earnings. Corporate results have also been boosted by zero percent interest rates, which have allowed businesses to borrow cheaply.

To factor out these short-term earnings distortions, we suggest that investors should look past current P/E ratios and instead look at Cyclically-Adjusted-Price-to-Earnings (CAPE), which is also known as the Shiller Ratio, a metric that looks at earnings over a 10-year period thereby smoothing out cyclical and economic anomalies. Looked through a lens of CAPE ratios, the U.S. markets begin to look very expensive in comparison to other global markets. The graph below tells the tale:

In 2014 the S&P 500 outperformed stocks in the rest of the world (as represented by the MSCI Index of non-U.S. global markets) by an astounding 20%. This was by far the largest gap in the past 13 years. But on Wall Street, investors generally chase returns. After six consecutive years of positive gains in the S&P 500 (and more than 200% return since March of 2009), few forecasters see any reason to suspect that the upward run of U.S. stocks will end anytime soon.

But should we really expect another year of such results? Would it not be more logical to suggest that the slowing economy will crimp potential over-performance of U.S. markets in 2014? Given that the S&P 500 has not been among the top performers over a 10-year timeframe [see 2015 Global Investor Newsletter] news, would we not at least expect the index to begin moving back to trend, and perhaps underperform world markets in coming years?

Don’t be fooled by the madness of the crowd. The U.S. is not the sole remaining engine of world growth as the talking heads would seem to have you believe.

The good news is that unloved assets may be attractively priced. At a time when energy and labor costs are at multi-year lows, and gold priced in some non-dollar currencies is approaching all-time highs, there are overseas gold mining stocks trading at levels consistent with lower gold prices. The fall in oil has pushed many energy stocks down by 50% or more. In addition, currencies issued by fiscally solvent nations are at fresh multi-year lows.

At Euro Pacific Capital we rely on a variety of strategies to help find real value in overlooked places around the world. In our latest newsletter, we examine this theme in greater detail and describe four stocks that we believe exemplify these ideals. We also take some time in the newsletter to highlight some of the more egregious examples of irrational exuberance on Wall Street. We also dissect the later indecipherable statements coming out of the Federal Reserve and we explain how deflation helped fuel one of the most successful periods of long-term economic growth in U.S. history. Receiving the report is free and will set you up to receive more research and analysis on an ongoing basis.