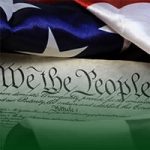 The commentary below is from Peter Schiff, Chief Economist and Global Strategist of Euro Pacific Capital and author of the The Real Crash: America’s Coming Bankruptcy. Please feel free to excerpt what you like with proper attribution. To speak with Peter, please contact Andrew Schiff at 203-662-9700 ex. 135 or aschiff@europac.net. 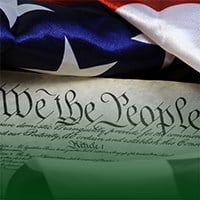 Over the years, I have always thought that the left’s obsession with global warming was really just an excuse to push through a fully socialist economic agenda. After all, the radical changes that would be required for businesses and consumers to rapidly reduce our carbon footprint could only come about through government mandates and force. But for the most part, climate change activists, at least those who occasionally tucked in their shirts, were careful to present their plans in environmental rather than economic terms. But earlier this month, when newly-elected Democratic representative Alexandria Ocasio-Cortez introduced her “Green New Deal” legislation, that veil was not just lifted but completely shredded. By making a plan that is far more “red” than “green” the centerpiece of its agenda, the Democratic Party has laid bare its plans to take over virtually every aspect of our economy.

It would be nearly impossible to characterize the depth, breadth and sheer insanity of the Green New Deal (GND) in just a few paragraphs. I tried to do it in a recent podcast , and I could barely scratch the surface or contain my incredulity. Suffice it to say that Ms. Cortez, whose only preparation for engineering a top to bottom reorganization of our economy was gained by serving drinks in The Bronx, has big dreams. She wants to completely eliminate carbon emissions, guarantee high-quality unionized jobs, education, housing, health care, and vacations to all Americans (whether or not they are willing to work or possess any skills), provide environmental upgrades to every building and structure in the United States, build high-speed rail and electric vehicle charging stations “everywhere” with the goal of eliminating internal combustion vehicles and air travel and, of course, to bring social and economic “justice” for all “marginalized” and “frontline” citizens, who could be defined roughly as anyone who is not white and male. Oh…and to accomplish all of this in 10 years. In other words, it’s all rainbows, unicorns, and candy canes. Or more accurately: Venezuela.

If even a small portion of the plan were ever enacted, the U.S. economy would likely go into free fall. Up to tens of trillions of dollars would be spent on programs that would have questionable chances of creating economic benefits. (The failed California high-speed train provides a clear and recent cautionary tale). Entire industries would cease to exist, production would plunge, distribution networks would freeze, prices would skyrocket, capital will flee the country, government deficits would rise exponentially, inflation would spike, and business would flee the country. Other than that, everything would be fine.

While it’s not surprising that a 29-year old former bartender would propose a plan that is wholly untethered to reality, the reaction of the broader Democratic Party, and its groupies in the media, is more troubling. Not a single prominent national democrat has openly criticized the plan and every Democrat 2020 presidential candidate immediately endorsed it, possibly without even reviewing its laundry list of proposals.

When asked how the GND would be paid for, Congresswoman Cortez’s standard reply is to suggest that it would be funded the same way as FDR’s New Deal, or WWII, suggested that the money could be found by taxing the rich and borrowing. What she doesn’t know is that both were paid for with massive tax increases on middle and lower income earners. Between 1929 and 1944, while the highest federal income tax bracket rose from 25% to 94%, the lowest bracket rose from 1.5% to 23%. Even post-War tax reductions in 1946, that dropped the bottom rate to 20%, continued to saddle middle class tax payers with rates more than 1,200% higher than pre-New Deal levels. [10/17/13, U.S. Federal Individual Tax Rates History, 1862-2013, (Tax Foundation.org) That compares to just a 260% increase in the top rate. But in 1929 it was far easier than today to raise taxes on the middle class as rates were so low to begin with, and, in comparison to today, they had much higher savings and minimal debt. Today the middle class is already paying higher tax rates than the wealthiest Americans paid in 1929.

It’s bad enough that Democrats are prepared to outsource their entire economic, social and legislative agenda to a fringe Congresswoman who has been in Washington for less than a month, but, politically, it’s even worse than that. The defenders of the GND are quick to point out that it is an “aspirational” document that as yet has no specific implementational policies attached. So passage of the bill, if it ever comes to a vote, will achieve nothing. But as the full scope of these “aspirations” become clear to rank and file Americans, the Democrats risk losing everything. That reality was immediately understood by Senate majority Leader Mitch McConnell, who gleefully moved the Senate to vote on the GND, knowing that meaningless votes to support the plan will be required for Democratic senators to gain their party’s nomination for president in 2020, but will be an albatross around their necks in the general election. Mitch actually smiled when making the offer, something you don’t see very often.

The fanatical anti-economic tendencies of progressive Democrats came into even sharper focus last week when Amazon decided to abandon its planned expansion into New York City. Incessant criticism from local politicians, particularly Alexandria Ocasio-Cortez, who seem disgusted by any private sector employer that deigns to offer jobs, finally caused Amazon to throw in the towel. Voters won’t soon forget that the extreme left is all about useless political posturing and not about prosperity.

These developments put the 2020 election into much sharper focus. In my commentary last month, I outlined why Democrats could coast to an easy victory in 2020. But the recent excesses of the Democrats introduce a more complex dynamic.

Objectively speaking, Donald Trump was looking at a tough road to re-election. His extreme unpopularity among all voting categories outside of his reliable base, the potential for more Mueller probe-related chaos, the narrowness of his unlikely 2016 victory, and the unlikelihood that he will somehow find a way to court the political center, made the President a likely one-termer. And this would be true even if the economy somehow avoids recession in the next 21 months. If we do enter a long overdue recession before the election, Trump’s chances would be much worse.

Given these realities, to borrow a phrase from the legal world, it’s likely that the Democrats could nominate a ham sandwich and still beat Trump in 2020. The problem for Democrats is that they appear unlikely to nominate a ham sandwich. Most Americans like ham sandwiches. The prospect of four more years of tweets, scandals, and braggadocio, would lead many Americans to support ANY centrist Democrat who speaks in complete sentences and offers the potential for a return to normalcy. But most Americans will not find any enthusiasm for a vegan gluten-free kale and quinoa wrap, especially if it’s priced at $29.95. But this is precisely what democrats will be offering if they can’t repudiate the ravings of their lunatic fringe. In his rally in El Paso earlier this month, President Trump showed just how easy and effective attacks on the Democrats can be as long as they are wedded to the GND. It’s a big fat pinata that Trump and the GOP will bash gleefully and effectively for the next 21 months. Based on this, here are potential 2020 outcomes:

If the Democrats win, they will likely come to power with both houses of Congress in their control, an opportunity they have not enjoyed since 2010. After so much time on the sidelines, we can expect an emboldened, progressive government passing huge increases in spending and taxes, a spate of onerous business regulations and at least partial implementation of the GND. Even without a recession, we could expect deficits in the $2 trillion range annually. With a recession, the sky is the limit. Conservative portions of the country, like the western, southern, and Plains states, will react in horror. Identity-focused politics could get worse, and the country could move toward chaos.

If Trump wins, a majority of citizens, particularly in the cities and on the coasts, will literally lose their minds. The reality that the reviled Trump has been awarded a second term despite his ethical and legal problems may simply be too hard to swallow. We may see the type of street-level rage that we haven’t experienced since 1968. Only, this time, the country does not have the kind of cohesive political center to help keep the nation together in the crisis. A re-elected President Trump may be wholly unable to unite the fractured country and may simply turn to his leftist/fascist instincts to quell the unrest.

The implications for investors should be fairly easy to envision. No matter what the political outcome, the chances that the nation will address its growing debt are likely zero. In fact, there has been virtually no discussion of debt from either political party since they both decided to scrap the debt-ceiling laws that required politicians to posture awkwardly every year. But the debt talk has died down just as the debt accumulation has gone into overdrive. Based on figures from the Congressional Budget Office, our annual deficit is estimated to pass $900 billion (in an apparently healthy economy), and the National debt has rocketed past $22 Trillion (U.S. Treasury Dept.). If we go into our long-delayed recession, our annual deficits could easily double or triple.

How will the government close a gap that large? Can the tax base double or triple to cover it, especially if we are in recession? Of course not. Taxes that high will surely squelch any economic activity. The only game in town may be the Federal Reserve, which can finance the exploding debt with a much bigger quantitative easing program than what has been previously attempted. In other words, the Fed would have to print trillions. In fact recent reporting suggests that the Fed’s attempt to significantly reduce the amount of debt it already holds on its balance sheet will be coming to an end very soon. The program, which was expanded last October to $50 billion monthly, was initially intended to last for many years, and to reduce the Fed’s holdings by at least $2 trillion. But it is now expected to be wound down this year, after slightly more than $500 billion has been retired. It may be that the Fed simply has come to understand that stimulus is a one-way street. Once created, it can never be removed.

So the new pile of debt will be stacked on top of the last one, and the next round may have to be so big and come on so rapidly that the entire edifice of debt may come crashing down. The result might cause a crisis of confidence in the U.S. dollar. After nearly 10 years of steady gains, the dollar could be uniquely vulnerable to declines. Once global investors realize that the Fed would have to embark on the greatest experiment in money creation ever attempted, they might abandon the dollar in droves and long-neglected currencies might finally rise against the dollar. Non-dollar markets might shine after years of operation in the shadows of strong U.S. market performance.