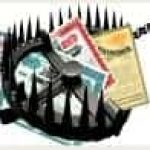 Posted by Peter Schiff on 06/23/2014 at 8:13 AM
The American financial establishment has an incredible ability to celebrate the inconsequential while ignoring the vital. Last week, while the Wall Street Journal pondered how the Fed may set interest rates three to four years in the future (an exercise that David Stockman rightly compared to debating how many angels could dance on the head of a pin), the media almost completely ignored one of the most chilling pieces of financial news that I have ever seen. According to a small story in the Financial Times, some Fed officials would like to require retail owners of bond mutual funds to pay an “exit fee” to liquidate their positions. Come again? That such a policy would even be considered tells us much about the current fragility of our bond market and the collective insanity of layers of unnecessary regulation.

Recently Federal Reserve Governor Jeremy Stein commented on what has become obvious to many investors: the bond market has become too large and too illiquid, exposing the market to crisis and seizure if a large portion of investors decide to sell at the same time. Such an event occurred back in 2008 when the money market funds briefly fell below par and “broke the buck.” To prevent such a possibility in the larger bond market, the Fed wants to slow any potential panic selling by constructing a barrier to exit. Since it would be outrageous and unconstitutional to pass a law banning sales (although in this day and age anything may be possible) an exit fee could provide the brakes the Fed is looking for. Fortunately, the rules governing securities transactions are not imposed by the Fed, but are the prerogative of the SEC. (But if you are like me, that fact offers little in the way of relief.) How did it come to this?

For the past six years it has been the policy of the Federal Reserve to push down interest rates to record low levels. In has done so effectively on the “short end of the curve” by setting the Fed Funds rate at zero since 2008. The resulting lack of yield in short term debt has encouraged more investors to buy riskier long-term debt. This has created a bull market in long bonds. The Fed’s QE purchases have extended the run beyond what even most bond bulls had anticipated, making “risk-free” long-term debt far too attractive for far too long. As a result, mutual fund holdings of long term government and corporate debt have swelled to more $7 trillion as of the end of 2013, a whopping 109% increase from 2008 levels.

Compounding the problem is that many of these funds are leveraged, meaning they have borrowed on the short-end to buy on the long end. This has artificially goosed yields in an otherwise low-rate environment. But that means when liquidations occur, leveraged funds will have to sell even more long-term bonds to raise cash than the dollar amount of the liquidations being requested.

But now that Fed policies have herded investors out on the long end of the curve, they want to take steps to make sure they don’t come scurrying back to safety. They hope to construct the bond equivalent of a roach motel, where investors check in but they don’t check out. How high the exit fee would need to be is open to speculation. But clearly, it would have to be high enough to be effective, and would have to increase with the desire of the owners to sell. If everyone panicked at once, it’s possible that the fee would have to be utterly prohibitive.

As we reach the point where the Fed is supposed to wind down its monthly bond purchases and begin trimming the size of its balance sheet, the talk of an exit fee is an admission that the market could turn very ugly if the Fed were to no longer provide limitless liquidity. (See my prior commentaries on this, including May 2014‘s Too Big To Pop)

Irrespective of the rule’s callous disregard for property rights and contracts (investors did not agree to an exit fee when they bought the bond funds), the implementation of the rule would illustrate how bad government regulation can build on itself to create a pile of counterproductive incentives leading to possible market chaos.

In this case, the problems started back in the 1930s when the Roosevelt Administration created the FDIC to provide federal insurance to bank deposits. Prior to this, consumers had to pay attention to a bank’s reputation, and decide for themselves if an institution was worthy of their money. The free market system worked surprisingly well in banking, and could even work better today based on the power of the internet to spread information. But the FDIC insurance has transferred the risk of bank deposits from bank customers to taxpayers. The vast majority of bank depositors now have little regard for what banks actually do with their money. This moral hazard partially set the stage for the financial catastrophe of 2008 and led to the current era of “too big to fail.”

In an attempt to reduce the risks that the banking system imposed on taxpayers, the Dodd/Frank legislation passed in the aftermath of the crisis made it much more difficult for banks and other large institutions to trade bonds actively for their own accounts. This is a big reason why the bond market is much less liquid now than it had been in the past. But the lack of liquidity exposes the swollen market to seizure and failure when things get rough. This has led to calls for a third level of regulation (exit fees) to correct the distortions created by the first two. The cycle is likely to continue.

The most disappointing thing is not that the Fed would be in favor of such an exit fee, but that the financial media and the investing public would be so sanguine about it. If the authorities consider an exit fee on bond funds, why not equity funds, or even individual equities? Once that Rubicon is crossed, there is really no turning back. I believe it to be very revealing that when asked about the exit fees at her press conference last week, Janet Yellen offered no comment other than a professed unawareness that the policy had been discussed at the Fed, and that such matters were the purview of the SEC. The answer seemed to be too canned to offer much comfort. A forceful rejection would have been appreciated.

But the Fed’s policy appears to be to pump up asset prices and to keep them high no matter what. This does little for the actual economy but it makes their co-conspirators on Wall Street very happy. After all, what motel owner would oppose rules that prevent guests from leaving? The sad fact is that if investors hold a bond long enough to be exposed to a potential exit fee, then the fee may prove to be the least of their problems.