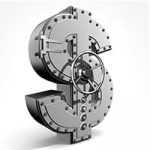 All of a sudden the Fed got a little tougher. Perhaps the success of the hit movie Wonder Woman has inspired Fed Chairwoman Janet Yellen to discard her prior timidity to show us how much monetary muscle she can flex when the time comes for action.

Although the Fed’s decision this week to raise interest rates by 25 basis points was widely expected, the surprise came in how the medicine was administered. Most observers had expected a “dovish” hike in which a slight tightening would be accompanied by an abundance of caution, exhaustive analysis of downside risks, and assurances that the Fed would think twice before proceeding any farther. But that’s not what happened. Instead Yellen adopted what should be viewed as the most hawkish policy stance of her chairmanship.

The dovish expectations resulted from increasing acknowledgement that the economy remains stubbornly weak. Just like most of the years in this decade, 2017 kicked off with giddy hopes of three percent growth. But as has been the case consistently, those hopes were quickly dashed. First quarter GDP came in at just 1.2%. What’s worse, second quarter estimates have been continuously reduced, offering no indication that a snap back is imminent. The very day of the Fed meeting, fresh retail sales and business inventory data surprised on the weak side, becoming just the latest in a series of bad data points (including figures on auto sales and manufacturing). By definition these reports should further depress GDP growth (much as widening trade deficits already have).

But despite all this Yellen came out swinging. And unlike prior policy statements that came after periods of economic disappointment, she didn’t even bother to argue that the current softness was transitory, or the result of “residual seasonality.” Instead she chose not to acknowledge any weakness at all, and kept to the tightening path that the Fed had mapped out last year. But she even went further than that.

For the first time, the Fed set into motion firm plans to reduce the size of its $4.5 trillion dollar “balance sheet.” Such a process has been talked about for years, but many were convinced, myself included, that it would always just be talk. The balance sheet consists of Treasury and mortgage-backed bonds that the Fed amassed during the experiment with quantitative easing between 2009 and 2014. During that time, the Fed injected liquidity into the financial markets by creating money to purchase more than $80 billion per month (at times) of such securities. These efforts pushed down long term interest rates, drove up bond and real estate prices, and set the stage for a massive stock market rally that had little to do with underlying economic fundamentals. Despite several informal hints over the years that these stockpiles were being reduced through bond maturation, the war chest has not decreased in size by one iota. However, the Fed has admitted that these ponderous holdings will limit its ability to stimulate in the event of future recessions. As a result, it wants to shrink the balance sheet down to a more manageable size now, precisely so it can expand it again during the next recession.

To do this, the Fed must essentially perform quantitative easing in reverse. It must sell, or force the Treasury to sell, treasuries and mortgage-backed securities into the current market. This process will reduce the Fed’s balance sheet while drawing free cash out of the economy, thereby unwinding prior stimulus. The Fed even told us how large the reductions will be…and it’s a lot. Much in the way that the Fed “tapered” out of its QE program back in 2014, gradually reducing the $85 billion of monthly purchases by about $10 billion per month, the Fed anticipates a similar approach to what is, in effect, a “quantitative tightening” campaign, or QT for short. It will start by allowing it’s balance sheet to shrink by $10 billion per month (total) of mortgage and government bonds, and will gradually increase the reductions to $50 billion per month, or $600 billion per year. Those are very big numbers that will provide very real headwinds to the economy and the financial markets.

But it’s important to realize that the Fed envisions doing this at a time when Federal deficits are likely to be rising steeply . In the next few years, the Congressional Budget Office estimates that Federal budget gaps will be in at the $700 – $800 billion dollar range annually (hitting $1 trillion by 2021 or 2022). These assumptions of course do not factor in any potential any tax cuts, spending increases, or recessions (I think we are likely to get all three). So this means that in a few years, the Treasury will have to sell $600 billion of additional bonds into the market annually to repay the Fed while at the same time selling $800 billion or more to finance its current deficits. That may create some traffic problems. Should we assume that there are enough buyers to step up to the plate, especially if yields stay as low as they are? It’s not likely.

With so much supply hitting the market at once, bond prices will have to fall (and yields rise) in order to attract buyers. This will amplify the tightening effect that these sales are meant to generate. Higher yields will also add a tremendous burden to the U.S. Treasury. With outstanding Federal debt already at $20 trillion, every percentage point rise in rates translates into approximately $200 billion more per year in debt service costs, which also must be borrowed. After the Fed announcement, Mick Mulvaney, the Director of the Office of Management and Budget admitted that quantitative tightening from the Fed had not factored into the Administration’s long-term budget projections.

Assuming some form of infrastructure bill and/or tax cut finally passes in 2018 causing annual budget deficits to once again rise to 1 trillion sooner rather than later, how will the government finance its own rising budget deficits and repay the Fed simultaneously? Remember the last time we had trillion dollar deficits the Fed was providing $80 billion of QE support per month. That meant the Treasury was actually doing no net borrowing, as the Fed was monetizing all the bonds it was selling. But with $50 billion per month in QT, the net borrowing could likely be in the $1.6 trillion range annually. There is no precedent for the Federal Government every legitimately borrowing this much money. An even greater problem would develop if other large holders of Treasuries, such as foreign central banks, decide they want to front run the Fed, and start unloading some of their stash as well before prices fall further. A Fed actually committed to QT could turn a bond bear market into an outright crash very quickly.

Of course the federal government is not the only borrower that will feel the sting of higher rates. Thanks to the Fed having kept them so low for so long, state governments and households are also loaded up with debt. What will happen to the auto and housing markets when higher borrowing costs make purchases more expensive to finance? What about the impact of higher interest payments on student loans?

If Yellen’s confidence is based on her belief that the markets will tolerate QT, she may have gotten her signals crossed. Although U.S. markets continue to test all-time highs, in recent days the ascent has slowed and the technology stocks that have been some of the Street’s best performers since at least 2013 have instead led other sectors to the downside. If markets are in fact nearing a top, you would expect traders to shift out of the high flyers into the more defensive sectors. If the Fed thinks that unexpected QT can occur without a meaningful drop in asset prices, it may be badly mistaken. Since the Fed itself often credits its QE program for lifting both asset prices and the economy, wouldn’t QT have the opposite effect on both?

Also, if the markets react to the beginning of QT the way they did to the first rate hike of this cycle the Fed has another problem on its hands. Remember the 8% rout that occurred in the first two weeks of January 2016. At that point markets were reacting to the Fed’s first rate hike in nearly a decade (which had occurred in mid-December of 2015). When weakening economic data surprised the markets in January, traders had to digest the possibility of rising rates coming at the wrong time. The slide continued for two weeks until the Fed shifted to solidly dovish policies by mid-January. Imagine what could happen this time around if the economy continues softening in the face of QT? If that ship actually sales it will be a short journey, with her sister ship, the QE4, following closely behind.

Politics provides one explanation for the Fed’s newfound forcefulness in the face of these risks. Since his election in November, President Trump has continually cited stock market gains as proof that his policies, or intended policies, are working to improve the economy. (Never mind that during the campaign he consistently called the stock market a bubble and downplayed its economic significance.) But even Trump may not be able to get away with saying the gains are his doing but the declines are not. As a result, President Trump owns this market, and it could easily turn around and bite him as badly as his ill-advised tweets. A five percent decline in the Dow would be enough to seriously undercut his claims of economic success. A ten percent correction could completely change the narrative.

Perhaps the Fed sees an opportunity? Although they may have wanted to spare the Obama administration from the economic turmoil that would have accompanied a hawkish policy, they likely feel no such charity towards Trump. In that sense, Janet Yellen may be a bigger danger to Trump than Robert Mueller could ever be. Wonder Woman indeed.