Imitation Is the Sincerest Form of Flattery 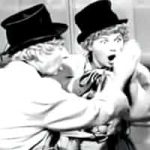 To hear BitGold founders Joshua Crumb or Roy Sebag talk about their new company, one would think they came up with the idea of individuals transacting in gold or using a debit card to access their gold holdings on their own. While I agree it’s a good idea, it’s certainly not original.

I first began writing about this concept in my 2007 book, “Crash Proof: How to Profit from the Coming Economic Collapse”.  I put it into effect with the establishment of my offshore bank, Euro Pacific Bank. In fact, BitGold is simply hoping to expand on my existing platform, which expanded on concepts first pioneered by e-gold and GoldMoney (which BitGold just purchased using its vastly overpriced stock).

I first began offering gold- and silver-backed debit cards in 2012, the year after my bank was initially established. My idea was that if governments would not return to the gold standard, my bank’s depositors could do it on a personal level by buying gold or silver from my bank, storing it there, and accessing their deposits with debit cards linked to their account. These gold debit cards have all the functionality and convenience of regular debit cards, except the balances are held in gold, not cash. Depositors pay with gold, but merchants receive local currency as payment. In essence, this is the same system used by international travelers, who use debit cards to pay local merchants in local currency even if they have no foreign currencies in their bank accounts. The bank simply makes the foreign-exchange conversion behind the scenes to cover their charges.

But from the beginning, my goal was to expand the program to eliminate the currency component altogether and enable parties to pay – and be paid – in gold. Closing this loop would bypass the transaction fees associated with the debit card system. Essentially my bank would act as a PayPal-like service, only using gold instead of dollars. BitGold has apparently beaten me to the punch on this one, but by later this year, my counter-punch will be a knockout.

The obstacle to full implementation of this concept was software. Implementing such a closed system involves myriad complications and requires utmost security to ensure the safety of assets and information. After our current software update is complete, our customized core banking software will fully recognize gold holdings as currency deposits. At that point, our banking customers will be able to do the following:

1.    Denominate any portion or their account in gold or silver.

2.   Transfer ownership of their metal 24/7 to other account holders, or purchase goods and services from participating merchants using a smartphone application.

3.   Purchase stocks and bonds using a brokerage account linked directly to their bank account, convert dividends automatically into gold, and receive gold proceeds when they sell.

4.   Access the cash value of their gold 24/7 at ATMs or by using their debit card anywhere MasterCard is accepted. New software will streamline the process, allowing depositors to tap into their gold holdings directly, without the need to first sell any gold or load their debit cards with cash.

5.    Sell their gold for the currency of their choice and have proceeds wired to any bank account, including third parties.

6.   Take physical delivery of their gold (appropriate fees and quantities will apply).

7.   Enjoy complete privacy in both the existence of their accounts and all transactions, as accounts are protected by the strict bank secrecy laws of St. Vincent and the Grenadines. Also, as Euro Pacific Bank is not a lender, depositors do not have to worry about bad loans or buy-ins jeopardizing their deposits.

Once the new software is rolled out, we will also be able to lower our current transaction costs to be competitive with the rates currently advertised by BitGold. However, since BitGold does not even offer a debit card program yet, it’s hard to know exactly what their fees will be.

Unfortunately, due to prohibitive US financial regulations, Euro Pacific Bank cannot accept accounts from US citizens or residents. It seems that BitGold has followed in my footsteps on that score as well. They have also adopted an “affiliate program” that I believe was directly modeled after the “affiliate program” offered by our bank. The program allows individuals to earn fees by referring customers through banner ads linked directly to their affiliate accounts. This program, unlike the bank itself, is also open to Americans. If you’re interested, click here to sign up.

So while I think BitGold offers a good service, I also think that given their structure, they will have a very hard time matching the more robust financial infrastructure that will be offered by Euro Pacific Bank.

I also believe that over time, as governments continue to punish savers with inflation and zero-percent interest rates, more individuals will choose to save and transact in gold. This will bring more competition from other financial institutions. Investors should bear this in mind before paying inflated prices for BitGold shares.

For now, anyone interested in learning more about Euro Pacific Bank, opening an account, or becoming an affiliate can visit the bank’s website www.europacbank.com. Also, watch out for updates as to when the new gold account features go into effect at www.BankYourGold.com

Note: A few weeks after writing this article, which interesting enough every gold site that I sent it to refused to publish, the Guardian interviewed Josh Crumb about Bitgold. In that interview he described his new company as creating “a personal gold standard”

How to Put Yourself on the Gold Standard

How to Put Yourself on the Gold Standard
Since 1995, news.GoldSeek.com publishes the leading gold news commentaries, gold market updates and reports providing gold investors with the most updated gold…

View on news.goldseek.com Preview by Yahoo

Imitation is one thing, plagiarism in another!

You may excerpt or post this piece in its entirety with proper attribution to Peter Schiff. Please include all provided links. To book an interview with Peter on this or other financial topics, please contact Mike Finger at mike@centinel.net or (917) 719-6333.