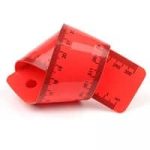 Just as the steady torrent of awful economic data, which began in the First Quarter and continued well into April and May, had forced many market analysts to grudgingly concede that 2015 would not see the robust economic growth that most had expected, the statisticians arrived on the scene like a cavalry charge and routed the forces of pessimism with a wave of their spreadsheets.

The campaign began in late April with some seemingly groundbreaking analysis by CNBC’s Steve Liesman showing that over a 30 year time frame GDP data had consistently measured first quarter growth at 1.87%, which was far lower than the 2.7% rate averaged in the following three quarters of the year. He pointed out that the trend had gotten even more pronounced since 2010, when first quarter growth averaged just .62% and the remaining three quarters averaged 2.3%. The disparity caused Liesman, and others, to question whether first quarter data should be regarded as reliable.

The problem hinges on the efficacy of the “seasonal’ adjustments that are baked into the GDP methodology. These filters are designed to smooth out the changes in spending, production, and consumption that occur over the course of the year. After all, business and consumers behave differently in December than they do in July.

When Liesman pressed the Bureau of Economic Analysis (the government entity that supplies the data) to explain his findings, the agency responded “BEA is currently examining possible residual seasonality in several series, which may lead to improvements in…the regular annual revision to GDP.” We should understand “improvements” to mean changes that make first quarter GDP higher. A few weeks later the BEA provided some specifics saying methods for counting government defense spending and “certain inventory investment series” could be improved to help address the distortion. It promised to correct these deficiencies by July 30. It promised to correct these deficiencies by July 30. But to make sure that everyone understood that the help was definitely on the way, the BEA issued a blog post on May 22 in which it specified a number of areas in which it will eliminate what it calls “residual seasonality.” This term should be accurately defined as “areas that we think should be higher.”

As if on cue, the Federal Reserve itself waded into the debate with its own new study (released by the San Francisco Fed – Janet Yellen’s former stomping grounds) that seemed to confirm and expand on Liesman’s analysis and the BEA’s concessions (makes one wonder if these campaigns are coordinated).  Fed economists took a hard look at the disappointing .2% annualized first quarter 2015 growth, and determined that the seasonal adjustments that have been in use for years were insufficient to fully reveal the true health of the economy. When the San Francisco Fed added a second level of seasonal adjustments, it determined that Q1 growth should have been measured at 1.8% annualized. While that growth rate would not be considered strong, it is much closer to the 2.7%-3.0% that most forecasters had predicted at the end of 2014. No matter that the Atlanta Fed’s “GDP Now,” which was designed to be a more objective and contemporaneous measurement tool, was confirming near zero growth in Q1, many economists and media outlets jumped on the Fed study as proof positive that the economy is stronger than the pessimists portray.

In reality, few people actually understand how the complex and opaque seasonal adjustments really work (I know I don’t). Fewer still have the patience to wade through the formulas to determine inefficiencies and potential remedies. This provides the statisticians with a good deal of convenient refuge against critics. But it’s important to realize that unlike straight GDP measurement, which is ideally a strict accounting of spending, these adjustments can introduce an element of subjective institutional bias.

Government entities (and to a lesser extent media outlets) have many reasons to suggest that the economy is better than it really is. The Fed wants us to believe that its policies are effective; the Federal government wants us to believe that the economy is healthy, and financial media outlets depend on confident investors. I’m not saying that these biases are insidious or conspiratorial, but it does produce an environment where there is more emphasis placed on finding reasons to explain why GDP measurements are low, than there is to find reasons why it is too high. The subjectivity of the seasonal adjustments gives these biases room to run.

People understand that holiday spending juices GDP at the end of the year, and that post-holiday depletion and cold winters cause consumers to retrench. This causes them to try to compensate for the weakness in the first quarter. But there is no pressure for them to find reasons that GDP may be too high in December and May (when Christmas lists and pleasant weather should be encouraging shopping).

Given that, why do we really need seasonal adjustments in the first place? Yes December is different from July, but those differences persist every year. If we are looking at full year GDP, which is the measure that everyone is really after, why not keep a cumulative tally that we compare to prior years rather than prior quarters? Wouldn’t this strip out a needless and opaque system of adjustments from a measurement system that is already overly complex to begin with? I believe the truth is the system is getting more complex because we want it that way. We prefer the ability to manipulate figures rather than allowing the figures to tell us things that we don’t want to hear.

The real disconnect lies in the failure of the economy to grow, as most people assumed that it would, after the Fed’s quantitative easing and zero interest rates had supposedly worked their magic. But as I have said many times before, these policies act more as economic depressants than they do as stimulants. As long as these monetary policies persist, our economy will never return to the growth rates that would be considered healthy.

In any event, many market watchers are grabbing at the San Francisco Fed report to conclude that Janet Yellen will raise rates this year, despite the weakness that the unadjusted GDP reports indicate. Such a conclusion is premature. I believe that the Fed wants us to think that the economy is strong, in the hopes that perception may one day soon become reality. If people think the economy is strong their optimism could influence their spending, hiring, and investing decision. As a result, optimistic Fed pronouncements should be considered just another policy tool; call it “open mouth operations.” But I do not believe the Fed has any actual intention of delivering the rate increases that it may expect will damage our already weak economy.

Best Selling author Peter Schiff is the CEO and Chief Global Strategist of Euro Pacific Capital. His podcasts are available on The Peter Schiff Channel on YouTube
The commentary above is from Peter Schiff, CEO of Euro Pacific Capital and author of the The Real Crash: America’s Coming Bankruptcy. Please feel free to excerpt what you like with proper attribution. To speak with Peter, please contact Andrew Schiff at 203-662-9700 ex. 135 or aschiff@europac.net.