Trump “Victories” on Trade are Anything But 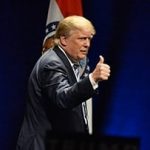 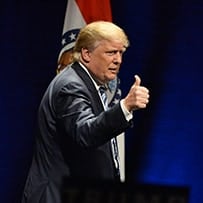 Earlier this year when President Trump began beating the drums loudly, causing fear of a trade war (and assuring us that such a conflict could be easily won), I cautioned that he had no idea the trouble he was courting . Based on his spectacular misunderstanding of the power dynamic built in to international trade, he was also in danger of bringing a knife to a gunfight.

As the year has progressed, the underbrush has gotten thornier, Trump’s progress on trade has slowed, and now it has likely stopped altogether. Despite that, in true Trumpian fashion, the President has declared resounding victory. But a quick look back reveals the opposite to be true.

The first shot in Trump’s trade offensive was his decision, shortly after he was sworn in as President, to withdraw the U.S. from the 20-nation Trans-Pacific Partnership (TPP). (1/2017 press release, Office of U.S. Trade Representative) As that agreement, which had sought to create a free trade zone uniting the Americas and Asia, was still being negotiated, the move was relatively easy and painless; a quick headline to suggest that Trump intended to keep campaign promises. Since that time, analysts agree that China has taken advantage of America’s absence by picking up the stalled negotiations and recasting them in a China-centric framework.

But the first real move against a living target came with the President’s bid to rewrite, or even fully scrap, the North American Free Trade Agreement (NAFTA), the Bill Clinton-era deal with Canada and Mexico that has greatly transformed business on this Continent. On the campaign trail, and in the White House, Trump repeatedly labeled NAFTA as one of the worst deals in history, a catastrophe for the American economy, and perhaps the single greatest cause of our current economic malaise. As a result, Trump’s trade negotiators began knocking on doors north and south of the border very early in his Presidency. But those negotiations never went anywhere.

Trump representatives quickly ran into the stone wall of economic reality and came to understand that although Mexico and Canada are much smaller than the U.S., they can push back strongly on commercial and political fronts. After threats and counter threats (including Trump’s attempt to have Mexico “pay” for the border wall through NAFTA concessions), it now appears that the current round of talks will expire with no substantive changes in the NAFTA framework.

But the main event in Trump’s trade war was supposed to emerge with China, the number two economy in the world and America’s chief economic rival in all things commercial. China’s gargantuan $375 billion annual trade surplus with the U.S., according to U.S. Census Bureau figures for 2017, is responsible for nearly half of America’s total trade deficit and is by far the largest such bi-lateral figure in the world. Clearly, any successful campaign to improve America’s trade position had to go through Beijing.

But Trump’s first salvo missed that mark widely. In March, he announced his plan to slap hefty tariffs on imported steel and aluminum. In making these announcements he specifically singled out China as the reason that such measures were needed. The problem is that China is a very small player in those markets, accounting for just 3.35% of our metals imports based on 2017 U.S. Commerce Department data. The tariffs had much more impact on our closest geo-political allies, including Canada, Mexico and the European Union. Uncertainty and confusion over these tariffs caused global stock markets to fall and opposition on both sides of the Atlantic intensified. Negotiations that followed resulted in significant delays, carve-outs, and reductions to the proposed tariffs. Even now, no one can be sure what will eventually occur.

But with the metals gambit appearing to be a spectacular misfire, the Trump administration got down to more serious business of direct confrontation with China. Earlier this month, they proposed duties of up to $150 billion on Chinese goods if China did not cooperate to reduce our bilateral trade deficit. Trump even offered a target number of $200 billion in bilateral reductions. In addition, the U.S. followed through with threats to lock out Chinese phone company ZTE from purchasing U.S. technological components as the company had been caught repeatedly selling such technology to North Korea and Iran.

But then the hard part started. The Chinese struck back with threats to target U.S. agricultural imports, specifically those that would impact districts in the Midwest and plains states that are vital to Republican electoral fortunes. The pushback from Congress was immediate. A U.S. delegation flew to China to extract concessions from China. They didn’t get any. In fact, the only real concessions came from us, not them. In a fortuitous coincidence for China, the trade talks are occurring at the same time that Trump is preparing for his nuclear summit with North Korea. It is clear that Kim Jong Un will not agree to anything without consent from the Chinese. Given Trump’s seeming hunger for a Nobel Peace Prize moment, Beijing was handed an enormous amount of leverage, which it clearly used. This pressure may have played a major part in Trump’s sudden concern for the loss of jobs in China. Despite ZTE’s clear violations of U.S. law, for which it had been previously sanctioned, Trump is determined to make China Great Again. But with the Korea negotiations now officially dead, it appears as if Trump got nothing for his efforts.

After another round of negotiations in Washington this week, it was finally announced that the U.S. and China had come to an agreement, which was regarded as a nothing burger. In it, China has agreed to buy “significantly more” goods and services from the U.S. But no specific quantities were announced (certainly nothing approaching the $200 billion Trump was seeking) and no new policies were mandated that could bring about such a change. If anything, China may simply buy more stuff that it had intended to buy anyway. And even if they do buy more oil from us (one of our principal exports to China), this may simply mean we sell less elsewhere. In other words, it changes nothing. Apparently, the art of the deal is to pretend one exists when it doesn’t. But the President’s frustration with the lack of progress may have prompted him to open even another front in the trade war this week when the Administration announced that it would seek to use obscure national security provisions in existing trade law to slap tariffs of up to 25% on imported cars, trucks, and auto parts. Given the amount of cars currently manufactured in the U.S. by foreign owned companies, and the degree to which U.S. cars use foreign-made parts, Trump could not have chosen a more perilous battlefield.

In truth, Trump dodged a bullet that he didn’t even know existed. To actually reduce America’s trade deficit would require that we import less and export more. This would mean that there would be fewer cheap things to buy at Walmart, and that more of our agricultural and resource production would be sold overseas. A reduction in the supply of goods would translate into higher prices for average Americans. If tariffs were added into the mix, then prices would rise even further. Given that interest rates and oil prices are currently both at multi-year highs, and likely going higher, a surge in consumer prices is precisely the wrong development for Americans already struggling with a rising cost of living.

The silver bullet for reducing the trade deficit is thought to be currency valuations. People like to point at China for making its currency too weak, thereby giving them a trade advantage. But China runs a trade deficit with Germany, based on 2017 data from OECD. Apparently, the advantages of a weak currency only matter for America. But the real problem is that the U.S. dollar is too strong based on our persistently enormous trade and budget deficits, political dysfunction, and our low economic growth relative to the fast-growing Asian economies. But the dollar continues to benefit from its status as the world’s reserve currency. Until that peg is removed, we will continue to run trade deficits no matter how loudly Trump shouts from the bully pulpit.

But the trade deficit is not the only deficit that the Administration is ill-prepared and unwilling to confront. America’s other deficit, the one resulting from the government’s inability to spend only what it raises in taxes, is also increasing unchecked. This year that deficit is expected to approach $1 Trillion. In 2020, it’s supposed to surpass that level, according to the Congressional Budget Office, and that’s if the economy doesn’t slow despite the current spike in interest rates and rise of oil prices. If the economy does slow, the deficits may be much higher than currently predicted. If we experience a recession, (remember those) deficits could increase into the multi-trillion dollar range. As retiring Republican Senator Bob Corker recently expressed, there is precisely zero enthusiasm in Washington to address this impending fiscal catastrophe.

Ironically, it will be America’s surging budget deficits that hold the key to solving the trade deficit problem. If the Fed is finally forced to return to quantitative easing in order to monetize exploding budget deficits, prop up sagging asset markets, and “stimulate” a weakening economy, the dollar could fall sharply. While the initial decline can exacerbate the trade imbalance by raising the cost of imports, as it gives way to collapse, the trade deficit may then collapse as well, as foreign-made products become far too expensive for Americans to afford. But few will herald the elimination of the trade deficit as a victory, as the high price of dollar depreciation will be a significant reduction in living standards.

But yet, optimism in Washington and on Wall Street has never been higher. That adds up about as well as our trade figures.